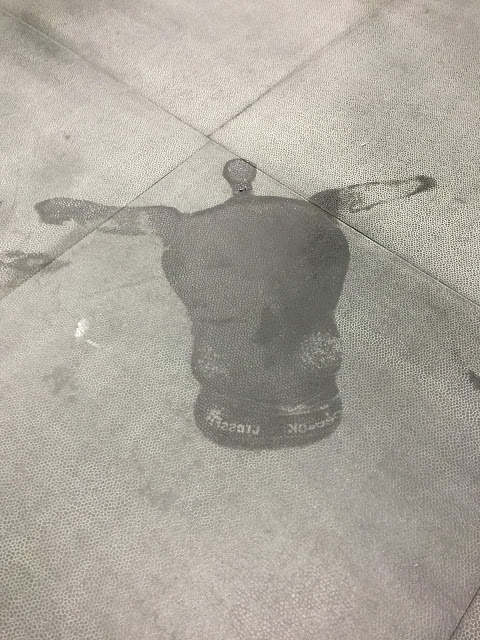 What was left after finishing…
Monday (November 30) – It’s always great
when someone throws down a challenge and getting two at the same time is twice
as nice. Friendly (and sometimes not) competition drives us to push just a
little bit harder sometimes and strive to be a little bit better. Sound weird?
It’s not; think about every math test, football game, WOD or even card game. You
are really only competing against yourself, but a little bit of extra incentive
never hurts.
Warm-up
2 Rounds
Sprint
Walking Lunges
Knees High
Broad Jumps
Today was another of those infamous
birthday WODs and combined with a deload week in Texas leads to some crazy
things. @keilshammer worked out at the #Nooner and while he didn’t finish under
the CAP, he did end up finishing. Bar set, but I will come back to this in a
minute. The Back Squats felt heavy, but it really good.
Every 90s for 12 minutes (Alternating)
Back Squat 3@235lbs
5 Strict Ring Dips (Green)
Victoria’s Secret
100 DUs
24 Snatch (@95lbs)
24 Box Jumps (@24”)
24 Wallball (@14lbs)
24 Deadlifts (@95lbs)
24 Pull-ups
24 Hang Cleans (@95lbs)
24 Burpees
24 Calorie Row

This had a little bit of everything and we had to find a gear deep down to get
through this one. I finished after the CAP, just like @keilshammer and it was
Coach Z (@zlreyes) with the challenge near the end of time. “You’re going to
need at least a minute on the Rower”. Un-Uh (little defiant chuckle). I
finished the Burpees just as the 20 minutes expired and then hopped on the
Rower. 47 seconds later the 24 Calories were done.
WOOT!
It feels pretty good to start stringing
multiple days back-to-back and I’m hoping that after a chat with Jillian I can
get everything on the health program back on track. Food is been going pretty
well thanks to @savannahjessie now it’s about getting the body back to where it
was.
Been