Carling, @keilshammer wants to know why you haven’t signed up yet…
So are you getting the idea yet? Jillian has us ramping up
to Simply Ludacris Speed (c’mon, you love the Spaceballs reference). The WODs
have been hot, heavy and fast. After what had to be one of the best nights
sleep that I’ve had in a while, I was feeling pretty good.  I can still feel the muscles that Ian worked
on firing and the shoulder feels strong and more importantly, stable. I was
looking forward to tonight, well, I was looking forward to part of tonight, but
there would be no cherry picking here.
Warm-up
500m Row
5 Wallball (14lbs)
5 Strict Pull-ups
10 Inch Worms
Now over the next month my goal (which isn’t on the board)
is to attempt all the WODs at RX. Now that may mean I won’t finish them all,
but I will do my best (I will still be doing modified HSPU and Toes to Bar
@keilshammer). Tonight was a triple threat. First, the winter version of the
Beep Test. 7 Thrusters (@75lbs), 7 Pull-ups and 7 Burpees, EMOM. If you don’t
complete a round fully, you are done.  No
Band, full RX and 1 full round plus 5 Pull-ups. It felt awesome. Next up was
Wallballs, lots of Wallballs (@20lbs). We had a 7 minute CAP to complete 100
and the goal was to have the least amount of attempts possible (if the Wallball
hits the ground or rests on the wall, that’s an attempt). I finished 90 in 7
minutes, mostly because I had a few catches that stressed the shoulder out.
WOD
EMOM for 10 minutes
10 Deadlifts (@115lbs)
Box Jumps (with remaining time, 24”)
The score for the WOD was the total number of Box Jumps. Love
Box Jumps and Deadlifts. Everyone was moving quick and working hard. I know it
made me keep going. I finished all the Deadlifts unbroken (woohoo!) and since
step-ups were not allowed for this one, everything was a jump.  I racked up 59 total. As the rounds kept
coming I found myself having trouble matching the previous rounds’ total. It
was fun though. 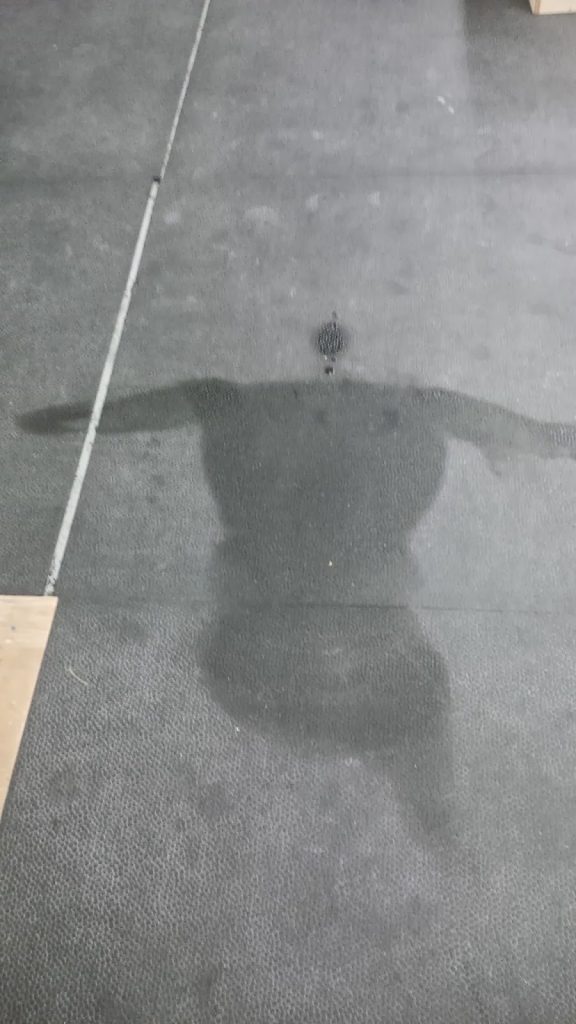 Yeah, I didn’t move for a bit…
BWOD
50 GHD Sit-ups
50 GHD Back Extensions
Glute Stretch
Hip Stretches
Serratus Anterior Stretch
Latissimus Dorsi Stretch
7 Pull-ups
Thanks to Carling who did the Cash-out with me and may have
discovered a new stretch or two. Have you signed up for the Open yet? It felt
great to finally get the homework done for the week (@CADPRO00, you done yours
yet?) and as I start to feel better, the BWODs will start ramping up too. I
also have to figure out a way to keep the training going while I’m away in
February, but one thing at a time.
Beez