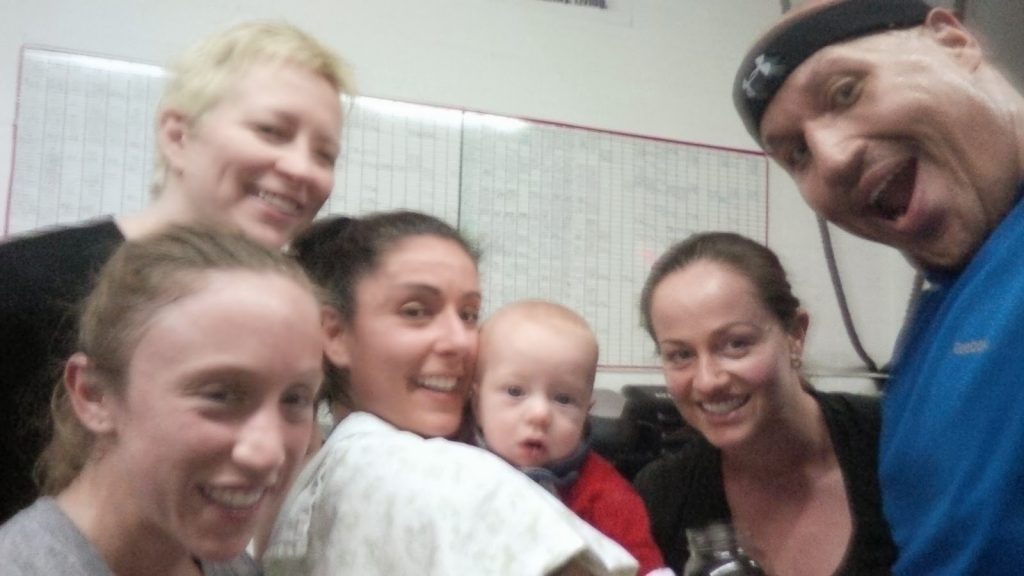 So after the cancelled holiday kerfuffle (can’t believe Word
could spellcheck that), I wasn’t feeling overly motivated this weekend. I got
to spend some unexpected quality time and decided that I would make this week
one of the ever so popular stay-cations.
Exciting, Right? Good decision too as I woke up to 10cm of snow and
traffic chaos. Well the plan (had everything worked out) was to eat well on
Reflection (Celebrity ship) and hit the gym to prepare for the Open. Eating
clean is still mission #1 and Tavia extended an invite for me to train with her
and @missade3 during the day Tuesday and Wednesday.
Warm-up
1500m Row
Pectoralis Major Activation
Now today was a bit of structured and unstructured. With JJ
watching on and working on his sit-ups (he had the lean back part down to a
science, but was having issues getting back up) I decided to see if I could hit
a new 1RM Bench Press. Now if you remember, before New Years I was working with
Carm to hit a bodyweight Press. I fell short, but I am still working towards
it. I went 10@45lbs, 5@95lbs, 2@135lbs, 2@225lbs and then failed on 2 attempts
at 250lbs. My right arm just wasn’t firing on all cylinders. Oh well. I moved
on to the Shoulder Press next (need to start building strength back up) and hit
10@45lbs, 10@75lbs, 5@95lbs and another 5@95lbs. Not huge numbers, but
considering I just started working overhead I was thrilled.
13.1 (2013 Open WOD #1, 17 minute CAP)
40 Burpees (to a 6” overhead target)
30 Snatch (75lbs)
30 Burpees
30 Snatch (@135lbs)
20 Burpees
30 Snatch (@165lbs)
10 Burpees
AMRAP Snatch (@210lbs) 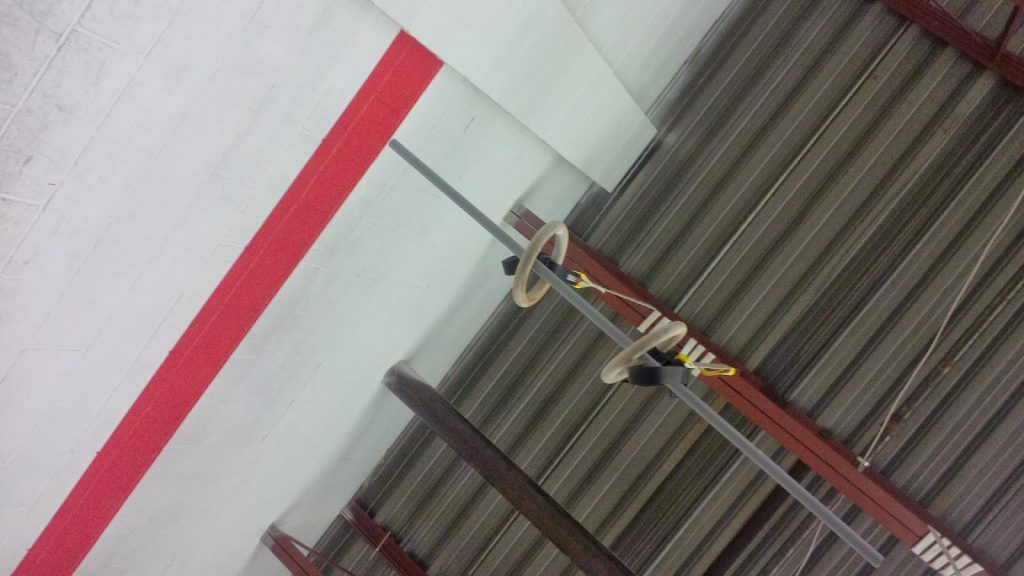 My target, as seen while flat on my back after the WOD
This is the fun part of CrossFit
(ok, not the Burpees to a target part). 3 months after starting
@CrossFitCanuck, I did this workout even though I wasn’t registered for the
Open. Tavia wanted me to complete them so I would have a baseline to caompare
against. I complete 100 total reps (second set of Burpees) with about 1 minute
left to try the second set of Snatches. I could not complete the lift(s). This
year I completed those same 100 reps in 12 minutes and hit 15 Snatches
(@135lbs). They were heavy (my 1RM is 145lbs), but I worked hard to hit them. Oh and we weren’t done yet.
Triple Tabata Mashup (40s On, 20s Rest. 3 Rounds of Each)
HSPU (Box)
Push-ups
Chest to Bar (Blue)
Ugh. I thought we were finished. Nope. We had 9 minutes of Tabata love to do before we were free (to do the Cash-out). I didn’t keep track of reps for each individual round, just the overall total. I managed to survive long enough to get 87 done.
Cash-out
1200m Row for Time
Penalty Box? I’m not sure what
this is, but Jillian wanted times so I have a feeling there will be some rowing
going on in the near future. I am built for the Row it would seem and I had a
time of 3m59.5s (which I was really stoked about). I was gassed though. My legs
were jelly getting up and I was light headed (relax Mom, I just didn’t eat enough
before I worked out).
BWOD
5 Pull-ups (high bar, full hang)
50 GHD Sit-ups
50 GHD Back Extensions
Glute Stretch
Back Stretch
Hip Stretch
Sumo Squat Stretch
Latissimus Dorsi Stretch
Serratus Anterior
Jillian wasn’t finished with me yet though. With the blood
pumping now, she suggested that I give the 1RM Bench Press another try. First, I
got a shoulder flossing. Ugh, that is a tight awkward feeling let me tell you.
It did loosen up the shoulder (not the one Ian fixed with magic) and I worked
back up. I hit 250lbs (a 5lb PR) and while it felt strong, the bar wasn’t
tracking straight up and down. Loaded up 5lbs more and it was a no go right
from the start on both attempts. Tap on the shoulder from Tav, my day was done.
A solid day back (in my opinion) and it was great to work
with the Ladies.
Beez 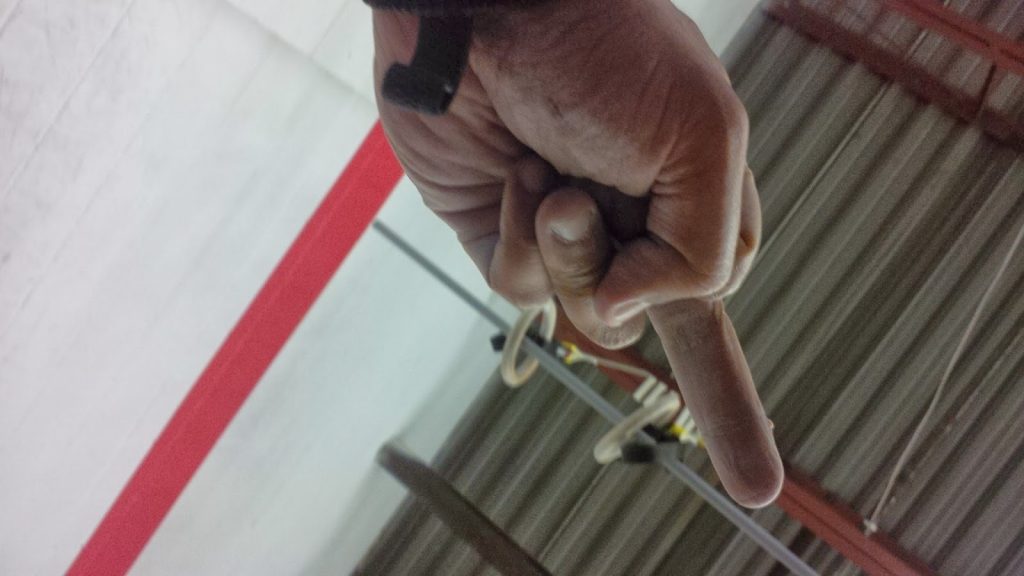 My general feelings towards my target…