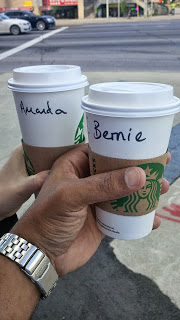 You are probably wondering where in the world I’ve been. No,
well it’s been 6 days since the last time I was able to do anything and a whole
lot has gone on since then. After the madness of Thursday, I had Friday to get
back to normal before getting a visit from @anrankin. It was a much delayed
playday and we did a whole lot of things in a very short period of time. We hit
up The Brazenhead for an Irish Fry Breakfast and a beer and then followed that
up with TFC (her first game) and beer (are you detecting a theme?). TFC scored
4 goals at home for the first time in FOREVER and even ended up winning the
game.  What day would be complete without
a stop at William’s Landing for Mac’n’Cheese Lobster Fritters and Beer (and my
first ever free item thanks to Foursquare). At this point I took a wasp sting
to the jugular (don’t think I’m allergic) and we headed home shortly thereafter.  Like I said, we packed a whole lot into 1 day
and for me, not all of it was healthy. Well, actually none of it was healthy.

Somehow, at 5pm, out of nowhere I started coughing and
coming down with something. WTF? Out of nowhere (for a bit I thought I was
having an allergic reaction). It didn’t get any better Sunday and by lunch on Monday
I had to cancel my class @CrossFitCanuck and head home to bed before my bed exploded.
I finally made it back to the box tonight, even though I’m not 100%, I need to
get moving.
Warm-up ‘A’
400m Run
4 minute Ladder of
Wallball (@10lbs)
Push-up
Jump Squat
Today I wasn’t great and I hoped that I would have enough in
the tank to finish the night. We started off finding a heavy weight for a 3 rep
Power Clean. Once we got to a heavy weight, we dropped down for an 8 minute
EMOM of 3 Touch and Go Power Cleans (@135lbs). We immediately followed that
with a 1 minute AMRAP of Power Cleans where I managed to hit 11. Now I LOVE
Power Cleans, but apparently I’m not being patient enough on the pull and I’m
jumping backwards during the catch. More things to get better…
WOD (20 minute CAP)
3 Rounds of
400m Run
25 Box Jumps (20” Box)
15 Front Rack Lunges (@105lbs)
12 Hang Power Snatch
9 Push Press (@105lbs)
That was a great WOD. Holy crap Batman, I was struggling by
the 2nd round, but I was super happy with my runs. The 1st
one was under 2 minutes and the other 2 were sub 3 minutes. I contemplated
actually doing the Box Jumps, but I did step ups instead. For the next 20 days I
will be babying my ankles to make sure they don’t cause me any problems on the day
of the Half Marathon.
Cash-out
5x40m Yoke Carry
You are probably wondering what a Yoke Carry is, picture a
bar across your back with 2 kettlebells attached by rubber bands on the ends. Think
carrying 2 buckets of water. I started with 2 70lb kettlebells for the first
round, went to 50lb kettlebells for 3 consecutive rounds and then added 2 10lb
plates for the last round.  I was cooked,
but I still had homework.
BWOD
50 GHD Sit-ups
50 GHD Back Extensions
Shoulder Stretches
Hip Stretches
I attempted to do the Tavia Squat Complex, but my hips were
too sore. I have been feeling better since re-introducing protein, but they are
still tender. Now I mentioned that I got a new blender, I also made my first
smoothie with spinach (hence the Green Monster title).  Now you may be skeptical, but it was really
tasty. So tasty in fact, I’ve had one every day (and probably one tomorrow). 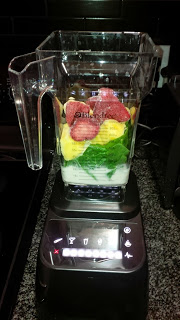 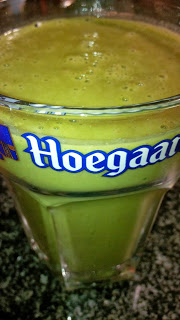 Now before I leave you for tonight, I want to send a big
congratulations out to @nipshank_FF who is finally getting healthy. He’s
dropped 14lbs and is starting to experiment in the kitchen cooking healthy
foods. Keep it up!
WORD OF THE DAY: Cake
Beez 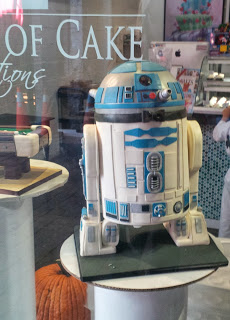