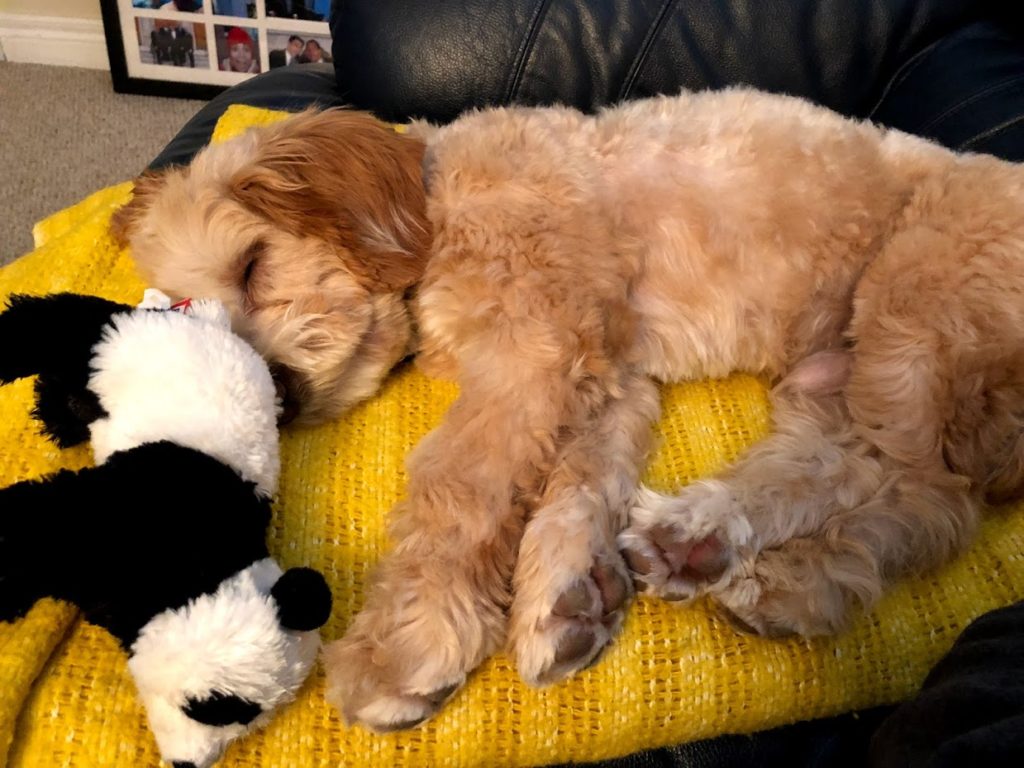 RODRIGO catching some zzz’s after a big morning…

EXCITING NEWS FROM THE HILL! @SavannahJessie and I would like to take this opportunity to welcome RODRIGO to the family! That’s right, we are puppy parents! Now RoRo’s story hasn’t been a happy one thus far, he is just over two years old and someone left him tied to a bumper in Mexico. I just don’t understand how someone could be  so cruel. He was saved by a kind soul along with 70 other dogs that were scheduled to be euthanized and brought to @saveourscruff. They were amazing! Complete professionals who were looking out for the best interests of the dog and making sure he/she got to a loving home. Rodrigo has one of the nicest dispositions I’ve ever seen. He is friendly with everyone and just wants to meet you. We’ve heard him only bark once and that was to a 4-foot-tall stuffed lion. He has some work to do on pulling on the leash and basic commands, but he’s getting the hang of sit and we are willing to teach him.

You can say that it has been busy… 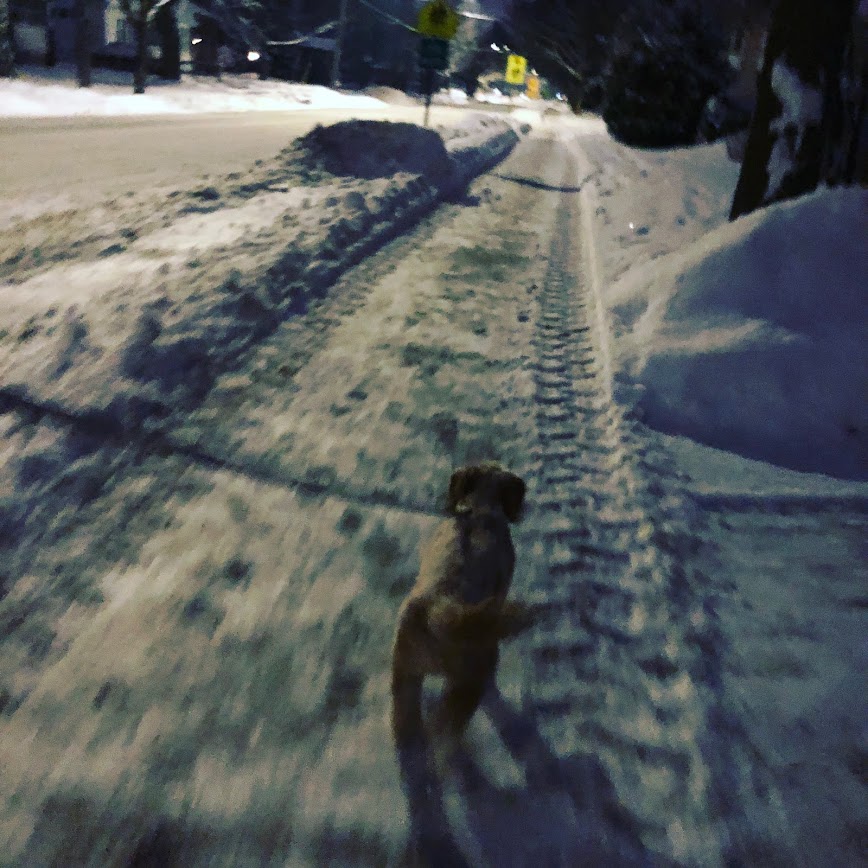 Since the last time we chatted we’ve watched a new champion being crowned in the NFL. The dynasty looks like it might be coming to an end, but what they di provide us with was a very exciting game (which at the end of the day is all you can ask for).

Have I mentioned that I’m excited to be back doing regular CrossFit classes @CrossFitCanuck? No? Well I most certainly am. We’ve been working all kinds of WODs and we’ve even had some throwbacks to the Golden Years. I posted about it on Instagram on Friday, but we redid 13.2 which is the WOD that really shaped who I am as a Coach. It’s always exciting to go back and measure yourself against a previous time. Sure, things have changed a little and I’m using a lower box and the Deadlifts were elevated, but the weight stayed the same.  During that Open, I got 171 Reps and Friday I scored 226. That’s almost five years older (and lot of miles), a wrecked knee and lots of changes. Still, especially for this one, I channeled @Canuckcoach and @platformassassins and just kept moving. I still marvel at what the body can do and how much capacity it has to do work.

Speaking of work, I finally have some clarity about what I want to do in 2018. I sat down @canuckcoach and had a great chat about what I wanted. For the first time in a long time I don’t have anything epic. No Mount Ventoux, no Chicago Marathon and no Competition. I’m just going to focus on being absolutely awesome within the guidelines that my body has defined (Squats to a Box, working from the Hang, etc…) and working on my fitness as a whole.  Maybe even some work on the Rope or trying to hit the HSPU. We’ll see where the year takes me. Overall though, it’s really nice to not have major pressure this time around. 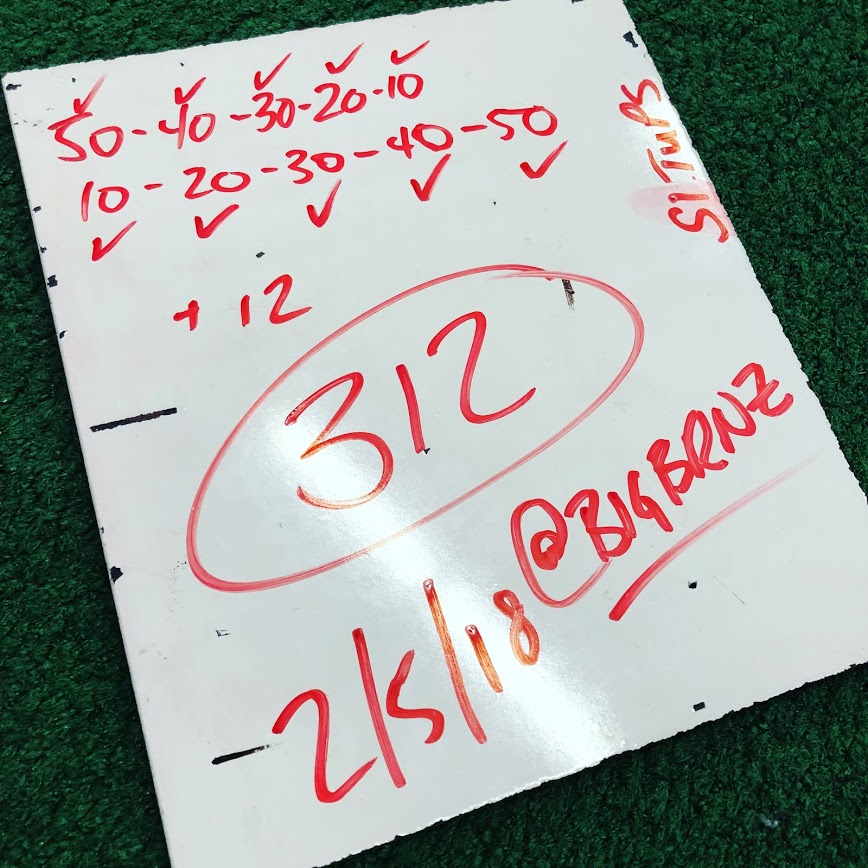 How’s your Challenge going?? You remember the Challenge I posted, don’t you? Get 3,000 Sit-ups (Regular or GHD) in the month of February. A Gold Star if you can get them all by the 20th! Last week I worked really hard at this, mostly because I was a bit behind, but I got 312 on Monday, 175 on Wednesday and 101 on Friday for a monthly total of 588 of 3,000.  Keep working hard, get the Sit-ups in whenever you can and whatever your number is, keep going (until you hit 3,000).