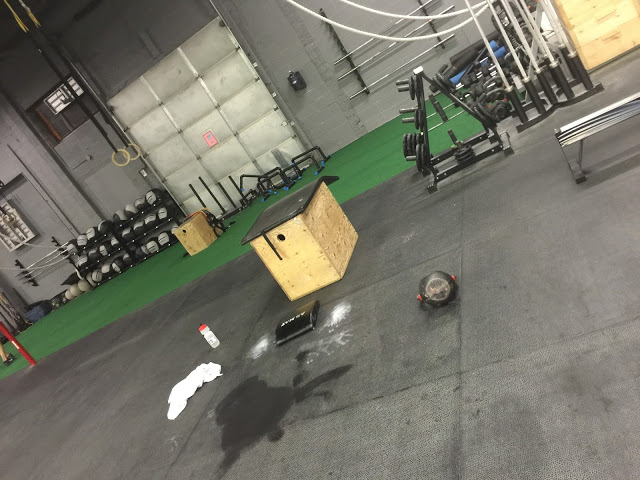 Crime scene…
Monday (December 14) – Home Stretch! 10 days until the Jolly
Fat Man makes an appearance, Christmas Vacation and Snow! Right. That white
stuff that puts the holiday spirit into people. There hasn’t been any of it and
Mother Nature is making like it’s a late fall. You know, as I have gotten
older, the skills that I learned in security and with Customs have become
better and as a result I have a question. When did we all become so mean? It
seems like no one cares about ‘Their Fellow Man’ for lack of a better phrase
and people go out of their way to be jerks. Why? It takes so much effort to be
an a$$hole. Seriously. I know some folks don’t have to work hard at it, but for
98% of the general public, it has to be a conscious effort. I’m guilty of it
too, but in this holiday season (not that it should just be at the holidays), we
need to make an effort to be a little nicer. Just a thought…
Warm-up
Something Dr. Z cooked up…
Barbell Warm-up ‘B’
The 3 amigos (@CadPro00, @Keilshammer and I) made it to 530p
and even with the influx of new people it felt just like old times. Chirping, Barbells
and Power Cleans, you know, a nice little Monday. Let’s go Power Clean
something! Now in a perfect world a Squat Clean should be more than a Power
Clean. Well, my world and mobility aren’t perfect, so my numbers are backwards.
Still, @Keilshammer and I worked up to some heavy numbers and then for the
first time EVER I caught a Power Clean just above parallel and could not stand
it up. WTF???? The catch felt good and for the first time I actually used
technique. Then I can’t stand it up? That’s a joke right? Crap. I had to settle
for 215lbs for both lifts…
15 minutes to find
1RM Power Clean
1RM Squat Clean
Then…
10 minute EMOM (alternating)
10 Knees to Elbow
10 UB OHS
WOD
10 minute AMRAP
3 – 6 – 9 – 12 – 15 …
HSPU (Box)
Kettlebell Swings (@70lbs)
After watching my classes take this on at 6am and 7am, I knew
it was going to be a fight. All you have to do is see the aftermath in the blog
photo to know what we were up against. I haven’t swung the heavy Kettlebell in
a while and it was a really comforting feeling to be able to still get it
moving. When the clock ticked down to 0:00 I had completed 2 HSPU in the round
of 21. Now I am throwing a disclaimer in here. You will notice that I have
stopped doing deficit HSPUs, this is because the range of motion is a little
too much right now, but I hope to re-add them in January.
I was pressed for time tonight so no Cash-out or BWOD… Hey,
sometimes all you get is dinner. No appetizers or dessert…
Beez