@ChrisMoncayo and Katherine E. Fera
Saturday (Dec 13) – Did you notice the
date? 12-13-14. Pretty cool eh? I’ve been informed by @SavannahJessie that this
will be the last time we will have consecutive numbers like this for the next
20 years. That’s pretty crazy. Well, that and the fact someone sat down and
worked out the math. There has been a lot going on during the last month and it
has taken a toll on me. I must confess that I haven’t been in the best of
places. Now I normally wouldn’t put that into a posting, but on this path there
is a lot of other things going on besides the drive to be healthy. There are
good days and bad, everyone has them, but sometimes you have so much loaded on
your plate you just struggle to stay afloat.

Not nice, but a part of life. There is a
quote from one of my favorite stories that sums it up, “Happiness can be found,
even in the darkest of times, if one only remembers to turn on the light”. Why
am I telling you this? Well, a long time ago (well it seems that way now), a
close friend of mine looked at me and said that after 15 years she hardly knew
anything about me. I am a listener and blanche at the thought of telling anyone
how I feel or what I was going through. I made a compromise and started to put
more into writing. Emptying items out of this giant noggin and putting it onto
the web. Hey it’s a start. Over the course of time, I have slowly stopped
sharing and it has been building up inside.
Today, that same friend reminded me to turn
on the light. She celebrated her wedding to her best friend. Katherine and
Chris celebrated their union and they allowed me to be a part of their special
night (they gave me a microphone and let me be in charge!). She gave a speech towards
the end of the evening and had some words that really struck, “If it ain’t
broke, don’t fix it. If it is broke, fix it”. In other words, if something
isn’t right, you have no one to look to but yourself to change it. I have been
sliding the last few weeks and it’s time to turn it around. Thanks Katherine.
BWOD
500m Row
10/10/10/10/10
5x100m Sprint
25 DUs
50 GHD Sit-ups
50 GHD Back Extensions
5 Pull-ups
5 Deep Rig Squats
We might need to fasten the Rower down
I started the Row to try and get week 5
done, but again I fell short. I was frustrated and upset with myself. Thanks to
what you have read above though, I know what I need to do to fix it. During the
last 2 years I have WODd’ed 3 to 4 times a week, just about every week. Since
October, I’ve been lucky to get 1 in a week. With learning to coach, work, the
house, the condo and just life in general I’ve been off the rails. I feel
gross. Things are not right so it’s time to fix them and once again I am
turning to the blog. When I started writing, 790 posts ago, I did it as a way
of keeping accountable to someone. I’ve strayed. It wasn’t on purpose, it just
kind of happened. With everything going on, there has been a giant weight on my
shoulders and it was slowly bringing me to my knees. Truth is, shoulders, even
the ones as broad as mine can only carry so much. So I am asking again for
help, to keep me accountable because enough is enough and things can’t go on
like this.
OK. Have you got all that so far? There is
a little bit of a swing, darkness, joy, a wedding, great people,
accountability. It’s a lot to take in, I know, but I’m almost finished. Here
comes the finale…
Flashback – 5 years ago. I saw a condo,
made an offer and found out, while I was at a wedding, that I was a first time
home owner. Flash forward to tonight. While the wedding and reception were
going on, my real estate agent @balmrealestate was tearing up and down Eglinton
Ave. working on a deal for selling that same condo. In between keeping the
speeches moving and the pasta course, we completed a deal. There are still
conditions and I didn’t get what I wanted (for the most part), but it felt like
a building had been removed from my chest. With that complete, I can now try
and focus on getting back to where I need to be. 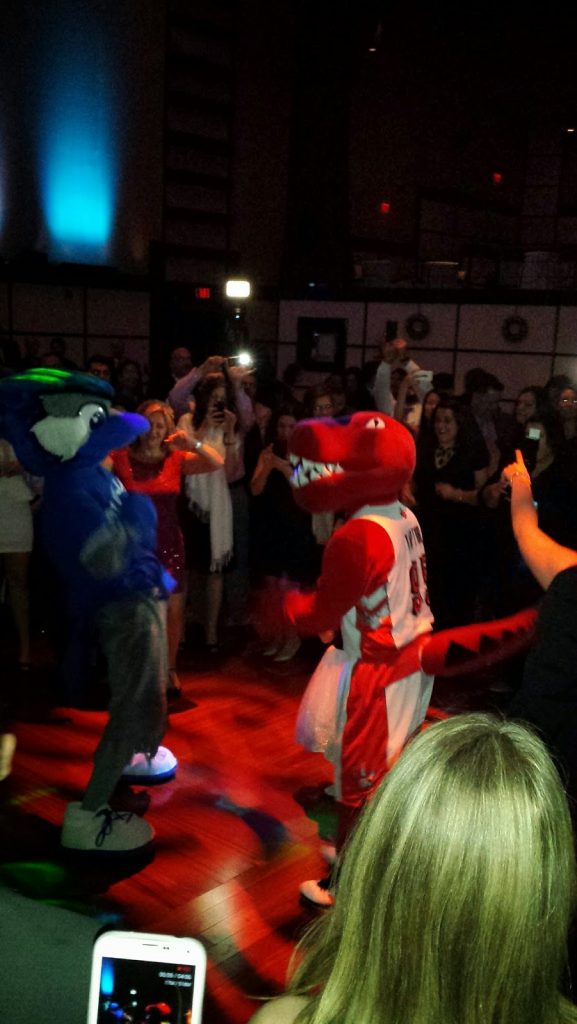 Oh and these guys showed up last night, #Ace and #Raptor
Realizing that with the approaching winter
weather, it will be difficult to WOD or Row in the morning, @phillyk007 (my
boss) is allowing me to shift my hours a bit so that I can hit the nooner
@CrossFitCanuck. I’m not sure how this is going to work out, but I’m going to
throw myself back into this head first.
Still with me? Lots to digest. Hopefully I will
be able to give you more bang for your buck, stick with me.
Beez