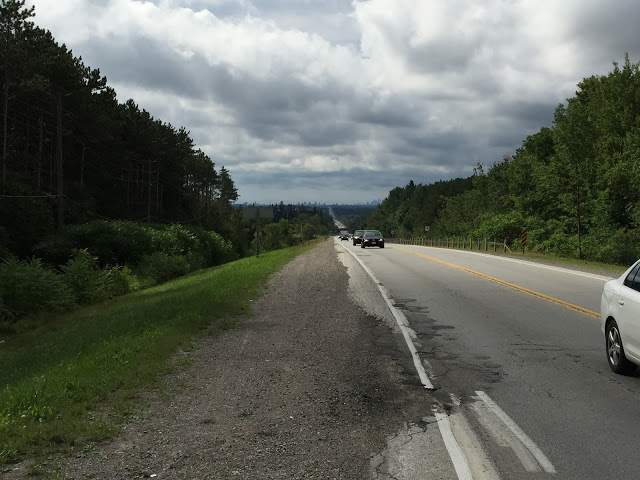 All of Toronto in the distance…
Sunday (August 23) – So let’s talk about how I was never a
Boy Scout. I was never the outdoorsy type, instead preferring to play with
computers and watch cartoons. I can read a map.
I’m very good with directions and infallible with a GPS. Life skills right?
Well it looks like I need to go back to school, because one wrong turn turned a
small little run after a massive ride into a third of a Half Marathon. I can
barely make my fingers work to get all this typed out. A left instead of a
right and I found myself on the edges of humanity, just trying to make my way
home.  All I wanted was to be at home…
So tired… Must sleep…
Fast forward 36 hours and I am now in a position where I can
actually make my fingers move and form a coherent sentence. First let’s talk
about the how. I had scoped out a run in the neighborhood several weeks ago in
the hopes that I would be able to get out a little more and up my training
intensity. Needless to say I have found that increasingly difficult. Now this
isn’t because I’ve been sitting on the couch eating bon bons. With the addition
of Canuck Lite and the 2 WOD a day structure 3 times a week, I have very much
needed my rest days. In a regular world, Tuesday, Thursday and Friday would be
the perfect days for a little morning scamper, but no longer. Route, check.
Then there was the little matter of a 20KM ride and 5KM Run promised during
Saturday’s post. Accountability. Whether it is to a friend, a group of people
or the internet as a whole, accountability to someone is a very big key to
success. Case in point, Sunday morning. I DID NOT WANT TO GET OUT OF BED.
Please note the use of all capitals. The ‘Sandwich’ turned out to be a little
more taxing then I had thought and I wanted to lay in bed and do absolutely
bupkus. However, I said I would head out for a Brick (Ride and Run) so better
get to steppin (as my Pops would say) while there is less traffic on the roads… 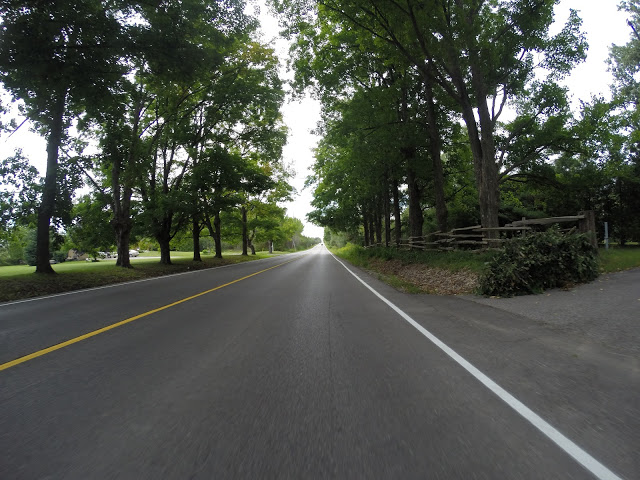 Reminds me of riding in France…
Here’s where the first of the days’ hitches happened. I may
have been a little optimistic with my route choice on this little Sunday with
the selection of Bayview Ave as my northern route. Normally I would have taken
Bathurst, but with construction for watermain replacement, the road is in
terrible shape. Bayview has a massive hill, but I CrossFit, how bad could it
be?  In actuality, at this point, not
bad. The hill was steep and over the most difficult stretch I climbed over 330ft
of elevation, no Mount Ventoux, but still tough. I had to battle some pretty
brutal winds too, but the scenery was pretty good and it made you forget that
you were technically still riding in the city. The total ride time was 1h08m47s
with a distance covered of 27.26KM. My average speed today was 23.8KM/h which
isn’t very fast, but I’m happy with considering the amount of climbing that I did
today (somewhere in the neighborhood of 800ft if you add it all up). My heart
rate never got out of control with an average of 136BPM and a max of 157BPM and
as a result I burned 830 calories.  The
telling stat though was pedal strokes… 4,807 of them with an average of 81RPM. 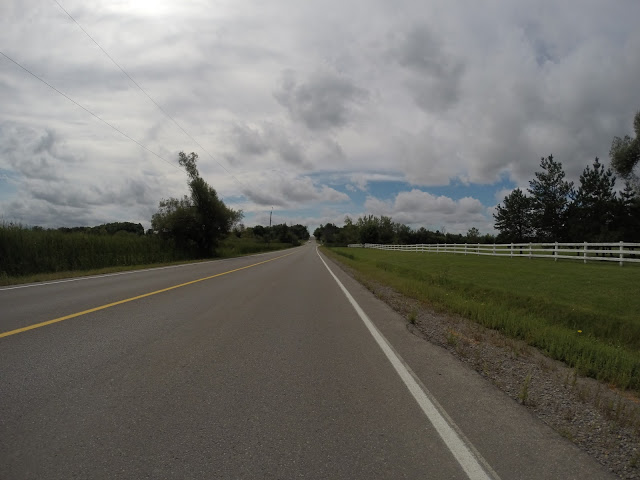 Big Sky Country!
Sounds ok… right?
Well here’s where it went sideways. Since I extended the
Ride, I figured I would shorten the Run portion to around 3KM. That’s fair
right? I haven’t done a Brick in a really long time and by the time I hopped
out of the saddle, my legs were pretty tired. I didn’t really eat a lot before I
headed out, preferring to Ride on a nearly empty stomach. No gels, just lots of
water. As soon as I headed out, I regretted it. My legs felt like they were
made out of lead and I was not enjoying the sensation.  I figured that once I got going they would
loosen up. Nope. Still I was excited to try this path through Mill Pond so I kept
going. It wasn’t a fast pace, but it was pace. Who knew that there were so many
different routes to take once I got under the trees? Crap. Which way was I supposed
to take? Trying my best to remember I kept heading left and sadly up (it was
hilly). By the time I was spit out again into civilization, I only had a rough
idea where I was and get going with the belief I was still heading in the
direction I wanted… And that’s when I ran right smack dab into Bathurst St.
Sh*t. This isn’t where I want to be, decision time. Turn around and run back
the way I had come or finish the big loop. Well, I’m out here, might as well
finish. That my friends was a poor decision. It was hot, Elgin Mills doesn’t
have a sidewalk and I was hitting the wall. Hard. With my Face. Keep going
Beez, one foot in front of the other as quick as you can. 1h01m24s after I set
out, I finally managed to drag myself to the front door of the house. 6.81KM at
a 9m01s/KM pace (brutally slow, but I was absolutely spent). Another 622
calories (according to the Garmin) with an average heart rate of 142BPM (max of
157BPM) and a running cadence of 144SPM.
There wasn’t a lot more I can say about Sunday because it’s
a bit of a blur. Food, lots of water, a can of pop (to get some sugar) and an
Epsom Salt Bath. I literally could not move. Still, I did survive. I kept my
word and I am better for it. Thanks for helping me get out there. Next time, I’m
bringing a map…
Beez