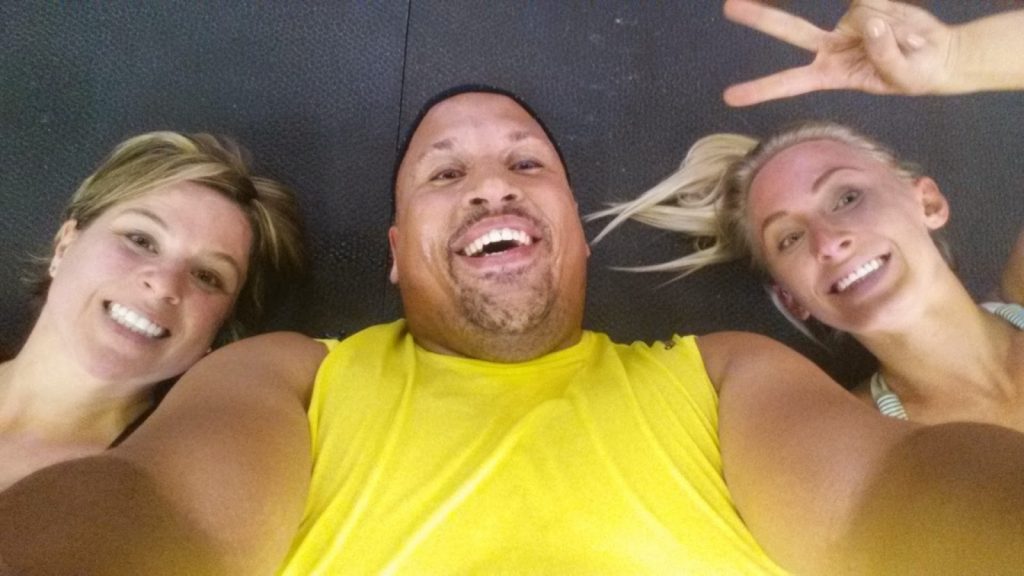 Aftermath of Heat #1… The smiles were only for the photo…
Monday (March 30) – Well this has been a saga. There was a
stretch where I was pretty consistent getting these posts up. For the last
little while that has been much harder to accomplish, but finally I am all
caught up and ready to move forward. I will even be getting a facelift (the
blog, not me personally) thanks to a birthday present from @Savannahjessie. Big
things are moving and shaking here. There will be a big announcement in Saturday
(or Sunday’s post, depending on how hosting Easter dinner turns out) and it is
almost nice enough to start exploring the new neighborhood during some early
morning run sessions. The bikes will be coming home this week (they have been
stored at the big K) and finally it looks like a schedule is returning to my
@CrossFitCanuck life. Deep sigh of relief.
Warm-up
750m Row
Bare Bar Thrusters
Deep Rig Squats
…more Thrusters

The last WOD of the CrossFit Open 2015. I definitely have mixed feelings this
year and before I get into the silliness that was 15.5 I figured I would share.
First big take-away, I am not where I was last year.  This is both understandable and supremely
irritating. It has been a big year and I might be forgiven for being focused on
other things (@Savannahjessie, house, engagement, coaches training, work,
moving, blah, blah, blah) but it still discouraging seeing negative changes.
Not just in the mirror or with how things fit, but with a general body feeling.
I know it sounds negative, but you can’t appreciate the ‘Wins’ you have in life
if you don’t stumble every now and then. It has forced a hard look at life and changes
have started so that is encouraging. Time, or mostly the lack thereof always
seems to be the issue. There just isn’t enough time to do everything and it all
becomes a matter of priorities. Well we are adjusting our priorities to make
sure we can squeeze in as much as possible. Second, it has been both
discouraging and motivating to have to scale the movements of 15.3 and 15.4.
Last year I was forced to hit my first Chest to Bar and Toe to Bar, but the
movements this year were beyond my current skill set. I didn’t like the
feeling. It was akin to my dislike of tomatoes (and I really dislike tomatoes),
so I have new things to work on. I won’t be caught out next year. 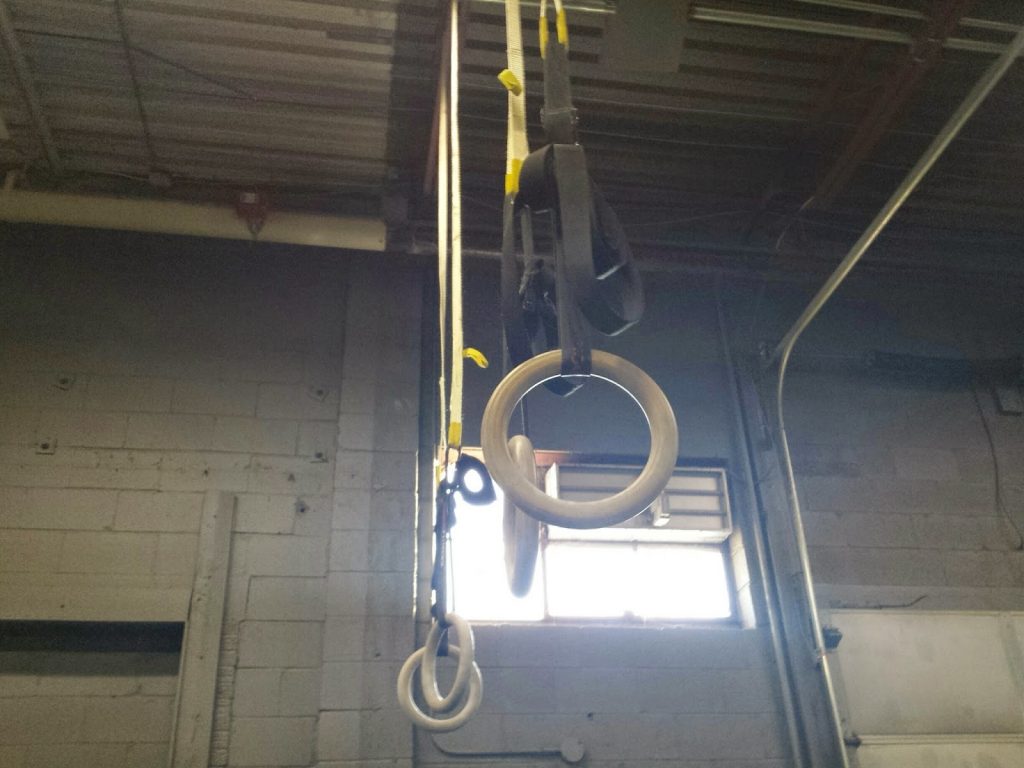 I will see you guys soon…
OK, enough of that for now, let’s talk about 15.5. Row and
Thrusters. I almost jumped for joy on the Row portion, but I had a feeling that
the Thrusters would be a killer. I remember how my body felt with Wallballs for
Days (otherwise known as 15.3) and my legs were not looking forward to it. Just
like last year’s Burpee/Thruster Marathon, the clock wouldn’t save you here.
Get it done.
15.5
27 – 21 – 15 – 9
Calorie Row
Thrusters (@95lbs)
I miss Open Saturdays. With all that has been going on I have
been doing the Open on irregular days so I have missed most of the Saturday
throwdowns. I have also been judging so I missed taking photos this year (sorry
Canucks) and I was fully expecting to have to complete this grinder on my own.
Luckily I found some great partners to get through this with. Jojo, Megatron,
@weliftathletics, @cadpro00 and our celebrity judge @jeffortiz. As expected,
15.5 was ugly. I have been a cardiovascular train wreck lately and the
Thrusters shredded me. I was hoping for a 12 minute (ish) time and my Row was
right where I wanted it, but the Thrusters took FAR TOO LONG. I finished with a
time of 16m12s (sub 4 minutes total on the Row). I had nothing nice to say
about Thrusters at this point. I was tired, light-headed and seriously ready to
toss my cookies. The positive? The Open was done for another year.
I even had to scrape myself together for the last class of
Phase 3 (and that was tough, as I almost fell over the Rower twice). I have
really enjoyed this whole journey of learning how to be an effective coach (and
hopefully I have improved every day) and having something to offer my classes. It
has been a great experience that I would recommend at the very least checking
out the L1 to anyone. All of this after an epic housewarming party at the new
digs. Hopefully the booze leaking from my pores didn’t throw anyone off. Thank
you to everyone that made it to the party and for the incredible evening we
had.
Beez