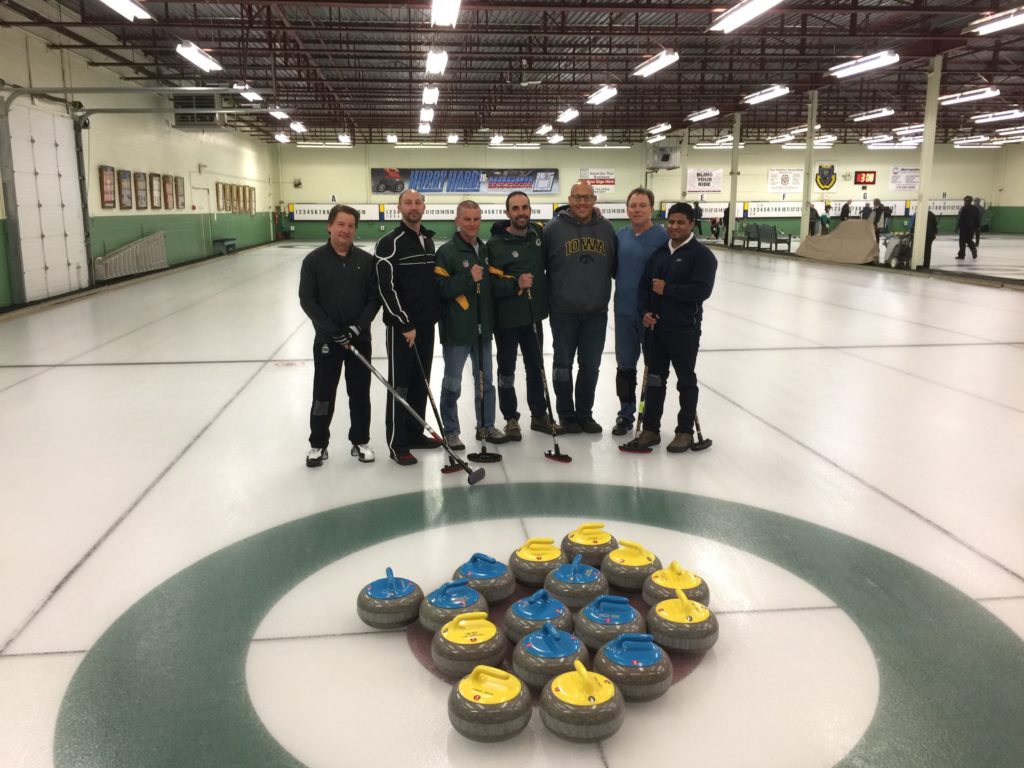 Team building send off for PK!

What do you mean it’s only the 16th of December… Yeah, I know, but with all of the holiday bustle this might be the only time I get to say this to you. I hope this post finds everyone well! It has been a very interesting few weeks and I have no doubt that the ones that follow will be even more so, but what they haven’t been is consistent. Ugh. I’ve said it a million times, but Life really has ways of changing the best laid plans. Do yourself a favor, if you are looking for that New Year’s Resolution or the ‘I will go to the gym more and be healthier’, stop waiting. Just go. My greatest successes in health came when I made the routine habit instead of just trying to schedule it. Even now after so many years, the habit has faded and I’ve fallen back to the schedule and I just can’t seem to get there. NO MORE! Whatever that habit may be, getting up 15 minutes early for sit-ups and push-ups or staying up late to get in a WOD or a Run, you are investing in life… Just do it!

Kind of a mish-mash to start today, but its 638am on a Saturday, I’m sick and I’m just trying to get everything out of my cold addled brain into print. So let’s get cozy and caught up. As December rolls on, the snow, ice and cold have arrived and I am finding myself less and less motivated to go out for Runs. Mostly because it’s a safety thing I tell myself (I’m a klutz and it’s slippery), but mainly because it’s freaking cold out there. With Chicago in the rear view, I find that pushing for winter running just doesn’t have the lure that it once did. Having said that though I did get out for a Run and Nike+ gave me a shiny digital trophy! 12 STRAIGHT MONTHS of RUNNING! Never in my wildest of nightmares did I for a second think I would run for 12 straight  minutes, never mind 12 straight months. Little things like that can really brighten up a morning. 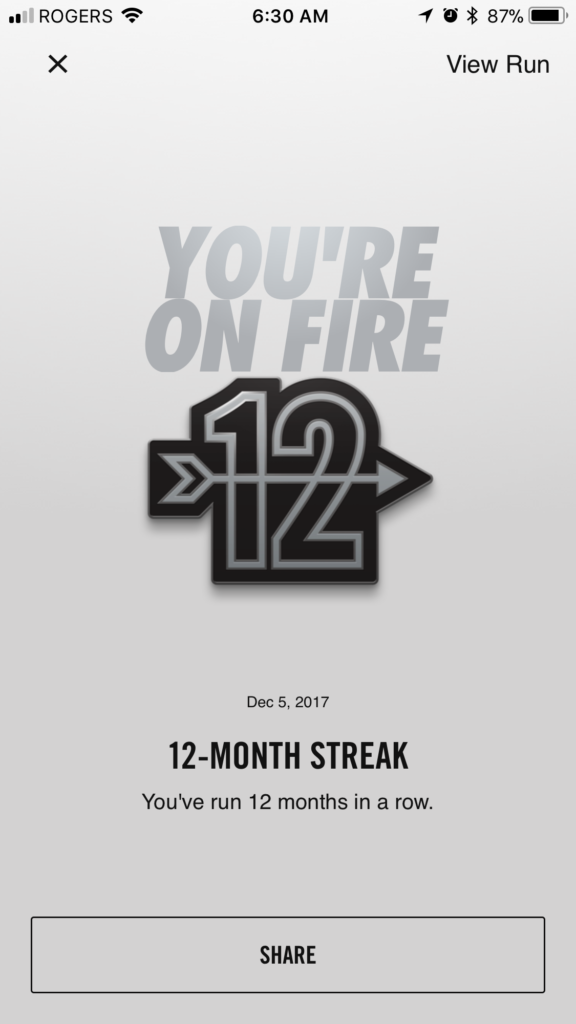 Oh yeah, did I mention I was sick? This stupid man-cold (and yes, there is science now to prove that it exists), came out of nowhere on Saturday night with a cough and exploded into all it’s craptastic glory as the week went on. Brutal. That run down feeling hasn’t helped at all getting to @CrossFitCanuck and I actually missed all of week 3 of @EastboundPower’s programming this week. Still, it’s not the flu so that’s a plus…

Work has also been a bit more stressful than usual, which hasn’t helped with the ‘Go Get’em’ attitude. It’s a vicious circle where you don’t have the energy to work out, but if you did work out, you would have energy. Still @SavannahJessie and I are going to make some tweaks to the schedules and maybe I will be able to get 3 solid days at the box and then a couple of nights on Spritz (my spin bike). Going to make it habit so it sticks. 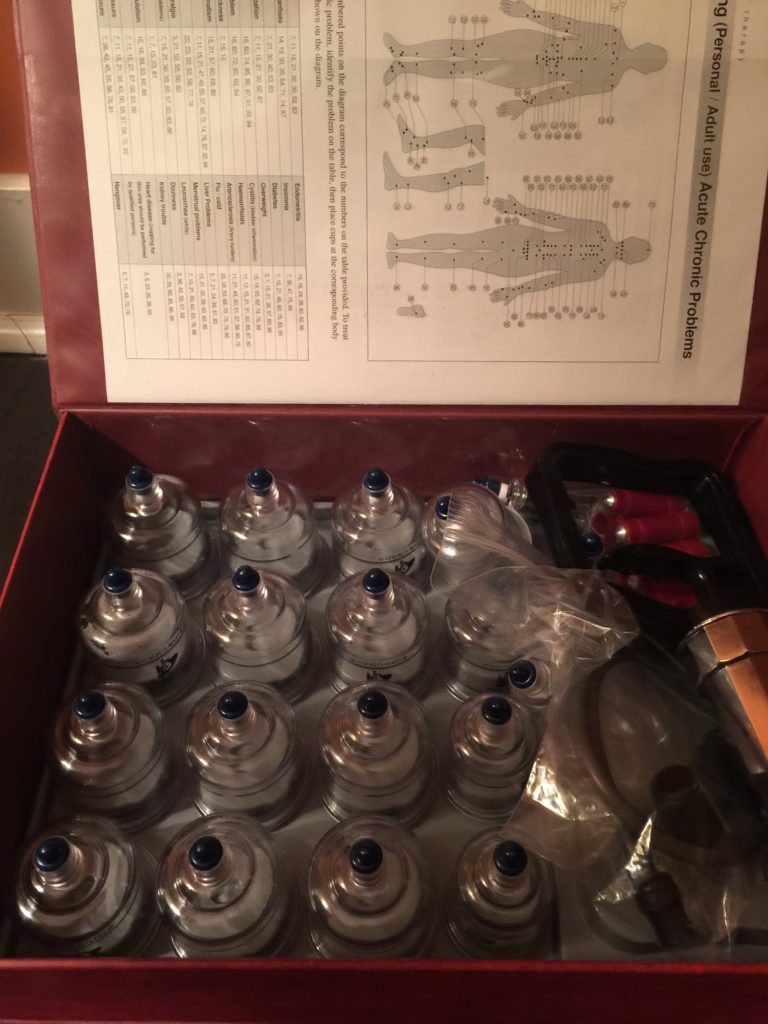 I did try something new I wanted to mention. Cupping. I went for a massage with one of my dynamic duo of RMTs and she suggested I try some cupping. If you watched an Olympic coverage then I’m sure you saw Michael Phelps with those weird marks on his body. Basically they attach suction cups to you and try and draw old blood out of tissue to help stimulate it. Sure, why not give it a go. The blood that comes to the surface is cleared by the lymphatic system.  Interesting… Not sure yet if I’m sold, but I will give it a few more goes.

OK, that’s enough. My brain hurts and I’m going to try and catch a few more Z’s. Please have a safe and happy holidays if I don’t get a chance to wish it to you in person. May you close out 2017 with fun and family and welcome 2018 with Tequila (or whatever else).

I almost forgot!! Go see The Last Jedi! What a good movie. There will be a lot of chatter over the next few days and years about this one. Don’t worry, no spoilers for you, but it was fantastic.