Look at those sturdy Sticks!

So… Did you notice? What do you think? Not too shabby for a Desk Jockey who yells at people to move and work more than they thought they could (or probably wanted to). Welcome to the new here! I hope you do like it and can find it useful in some way!

First things first, how about those sexy kneecaps? Those sexy, pain in my rear end knees. I finally forced myself to go get the recommended X-Rays done and it was actually a very easy process. It must have been the alignment of stars and planets somewhere because I walked in, got changed, got zapped with those funky X beams and was back on my way in 18 minutes. If you could guarantee me that every time, I wouldn’t put them off. With that done, my good Doctor was able to secure me not one, but TWO appointments (one for each knee) with TWO different Doctors <Scratches Head>. OK? Well I guess having a built in second opinion doesn’t hurt and you can bet your bottom dollar I will be asking both about what the heck is going on.

Well what has been going on?

It’s been an interesting opening to 2017 on the training front. With the days ticking down to Chicago like the slow approach of a freight train, I am not (currently) on schedule. While I’m using the Eat to Perform program with @CanuckCoach and I am down 14lbs, I had planned to be at least halfway through the rowing programming to build endurance. The trouble is the compression of the knee at the bottom of the Row is causing discomfort (i.e. Pain) so I’ve had to stop for the time being. I’m still able to Row, I just can’t fully drive (which is annoying). Mother Nature is also being rather rude in that it was almost nice enough to start logging some kilometers (miles for you Yankee readers) when she brought us a dumping of the fluffy white stuff.  Still, I haven’t been idle. I just completed Week 3 of @eastbound_power’s Bench Only programming and damn if it didn’t get REALLY heavy this week. I was pushing out the reps at 205lbs and aside from three ‘shaky’ Shoulder Press reps (last one in each Heavy set), everything felt absolutely awesome. The top half of me is feeling as strong as I ever have and the tips about setup on the bench are spot on.

To supplement all of this fun, I’ve been logging a ton of steps coaching some extra classes the last couple weeks as @CrossFitCanuck and Team T-Rex Balls get ready for the CrossFit Open! Unfortunately I won’t be participating in the Open this year (sad panda face), with just about every possible movement involving some type of Squat, the risk of further damage to my giant twigs is a little too great (which sucks). I will still be there screaming at the top of my lungs, taking a photo or two and providing some Ra-Ra in the spirit department. I have tried to jump into a few classes over the last couple weeks and they have been killers (read that as awesome), but I’ve had to modify a bunch to make sure nothing got damaged. I still love how even if you have to scale, you still have to put in the work to get to the end. 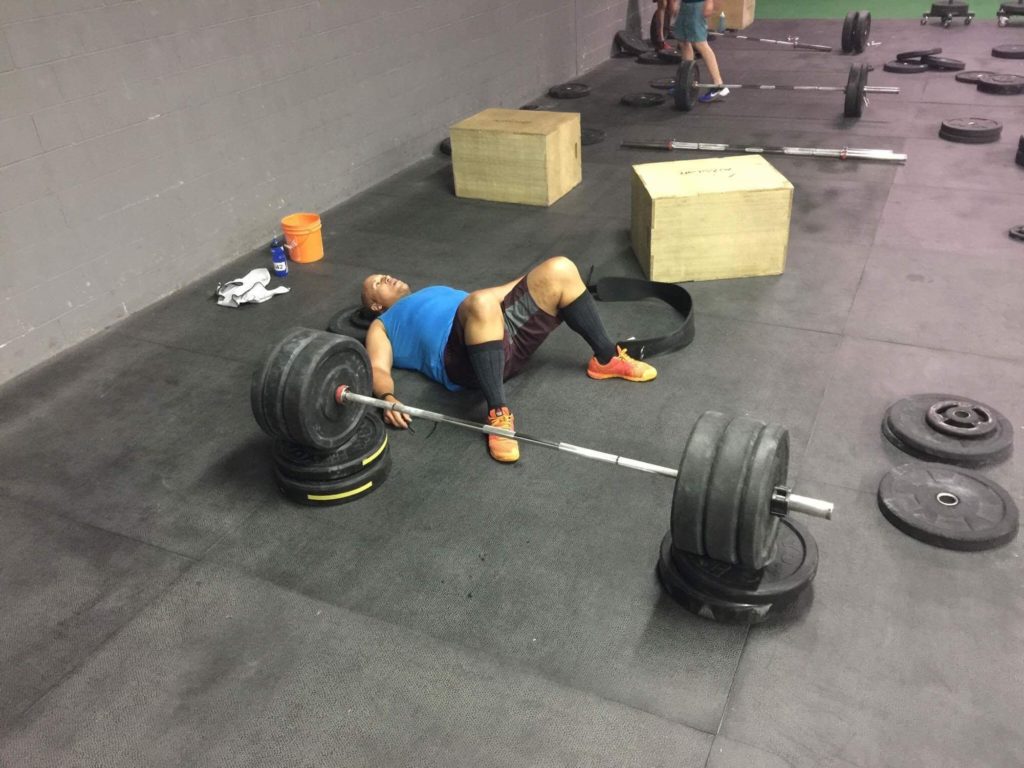 Well what’s the plan? Are we still ok for Chicago in October? Right now the plan moves ahead as it always has. I know there are those out there who think I’m Bat Sh*t Crazy, but I’m really not. The human body is an incredible machine and is capable of incredible things. I will prepare for this run like I’ve prepared for the 2 Scotia Half Marathons and for everything else, hard work. I’m not trying to qualify for the Olympics so there is no need to run a sub 2 hour race (and drive myself into the ground as a result). I just need to finish in less than 6h30m (which I firmly believe I can do). CrossFit, Eat to Perform, CrossFit Endurance, Powerlifting, Cycling and pounding the pavement will all be part of that formula. Once the ice is gone, why not come for a run or a ride? Training is always more fun with a friend.

Until then, I hope everyone has a Happy Family Day Long Weekend and that my family that travelling have a wonderful time on their cruise. To my birthday people, get ready, because we are going to party like its 1999.

Have a great weekend folks,