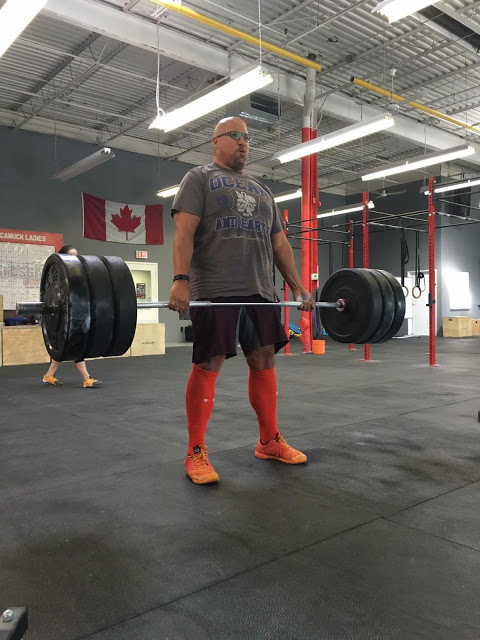 Remember this cat in the tall socks and bright colors?
Howdy, remember me? Wait, howdy?? Wondering when I became a
cowboy? Well let’s just say since last we chatted there has been a lot going
on. It seems like I say that almost every post, but with the wedding less than
3 months away, everything is heading into high gear. Well, everything but me it
would seem. The last 2 weeks have seem me succumb to the biggest derailleur of all
but the best laid plans. Life. Sometimes you can have the best intentions, but
life decides to throw you a curveball. Just. Because.
That was the funk I was in when I got to the box one
Saturday. I had every intention of doing something prior to coaching, but I found
that by the time I walked in the door I was flat. It would be fine just to
socialize and maybe do some mobilization…maybe. Cue up @missade3. She was in
working on her normal programming and gave me a nudge to do something. When
that didn’t work she asked if I wanted to do a heavy 5×5 Deadlift session with
her. *sniff* she gets me.  Lifting
something heavy in a short period of time was just the thing and so it was
touch and go Deadlifts @315lbs (for 5). It felt amazing and I was very thankful
that I got talked into doing something. 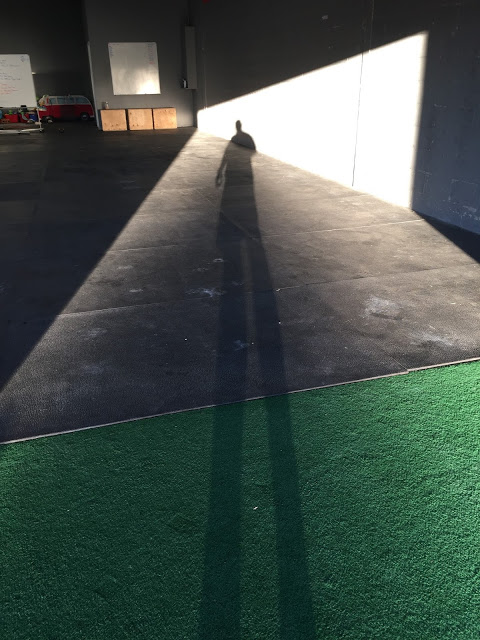 Sometimes the hardest thing is getting through the door…
Now as you know (and @keilshammer reminds me), you’ve heard
lots of complaining over the last few years about things that just aren’t
working right. Ankles, knees, back, shoulder… basically just about everything.
It’s frustrating to see progress and then get stopped in your tracks because
the body is breaking down.  I mean it’s
not like I’ve exceeded the manufacturer’s warranty or anything, but years of
being overweight have taken their toll. Still, this last flare up has been very
annoying and I’ve been dealing with pain and reduced capacity since March. In
fact, there were points when I wasn’t even sure I would be able to participate
in the Open. No Squats. No Lunges. Nothing that involves knee bend. Well guess
what… everything involves knee bend (including the Row). Finally though it has
stopped being a complete pain and I decided it was time to try some Front and
Back Squats. They weren’t anywhere near programmed weight, but they were
SQUATS!!! Exciting! Now there were some twinges, but I have a plan for those
(more on that in a bit).
I also finally made it back to Weightlifting Class. With the
inability to get into the hole (knee bend) without collapsing, there hasn’t
been a lot of attendance for me. Power is awesome, but the programming calls
for Full Snatches and Cleans more often than not.  Well I finally made it back and in the midst
of some crazy heat, I discovered that my pulls have actually improved with the
rest. Yay! Now if I could only get comfortable with the new hand position…
Boy, that has been a lot to cover. Stay with me, here’s
where it gets exciting.

Venue
CONCERT TIME! Huh? That’s right, @savannahjessie and I had a
night out on the time courtesy of my future Mom-in-Law Colleen (THANK YOU). I
got tickets to see Mumford & Sons at the Molson Amphitheatre for my
birthday and the day had finally come. We headed down after work and after a
bit of a headache finding a place to eat in Liberty Village at 530p on a
weekday (what a friggin zoo) we scored some Thai and headed over. An awesome
show with a really cool vibe on an absolutely perfect evening. It was even nice
to be up past my bedtime! 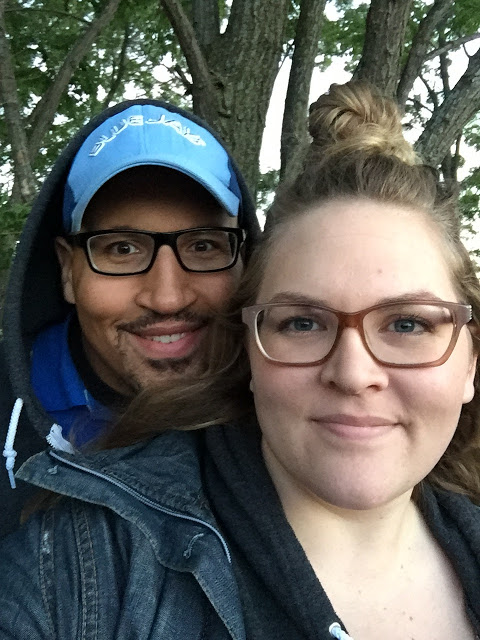 @savannahjessie and I enjoying Mumford!
Two more things and I will let you go…

Why Hello NYC!
First I have another big THANK YOU for @bobcolesoundapp for
an unbelievable experience.  A trip to
New York City to see all the things I didn’t have a chance to the last time I was
there 18 years ago and to redeem NYC after a $75 ticket for drinking in Central
Park. What did we do? What did we see you ask? Well buckle up and I will tell
you. Basically we saw everything it was humanly possible to in 72hours or less.
Friday we arrived and had burgers in a secret restaurant in the Parker Meridian
hotel, followed by Rockefeller Center, 30 Rock, Time Square, Bryant Park and
the New York Public Library (Everyone has three mortgages nowadays. But at 19%
you didn’t even bargain with him ~ Ghostbusters quote and filming location, but
sadly the reading room was closed for renovations), Grand Central Terminal, The
Comedy Cellar (including a surprise show from Louis CK) and the Empire State
Building at midnight. deep breath. Saturday started with a solid
breakfast, the Intrepid Museum, the Space Shuttle Enterprise, an F-14, walking
the High Line, Ample Hills Creamery ice cream, Ground Zero and the 9/11
memorial (The last time I was here, the towers were still standing and I still
remember where I was when they fell. The memorial built to remember the victims
was one of the most beautiful I have ever seen), The Bull, Wall Street, Irish
Old Fashioneds at Fraunces Tavern, the Brooklyn Bridge, the Lincoln Center and
a Speak Easy (Reunion).  I should
probably tell you that we were staying at 52nd and 7th
and point out that we walked to Brooklyn. Sunday started a little later but we
still managed to squeeze in a Yankee game (Thanks @NipsankFF), drinks and food
in Hell’s Kitchen (including finding ‘Not Your Father’s Rootbeer’ which is a
5.9% gem of an adult beverage), Dough Donuts (for @savannahjessie and which
included a 10 block sprint to get them before the store closed), another Speak
Easy (Bath Tub Gin), a Burlesque show and a nightcap of White Castle. 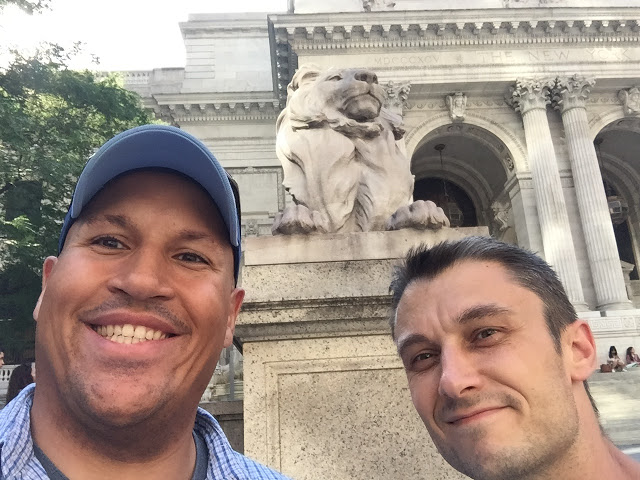 @bobcolesoundapp and I at the Library 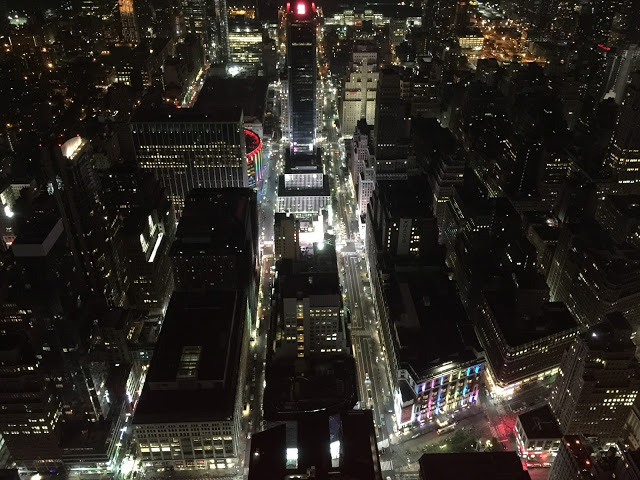 From the Empire State 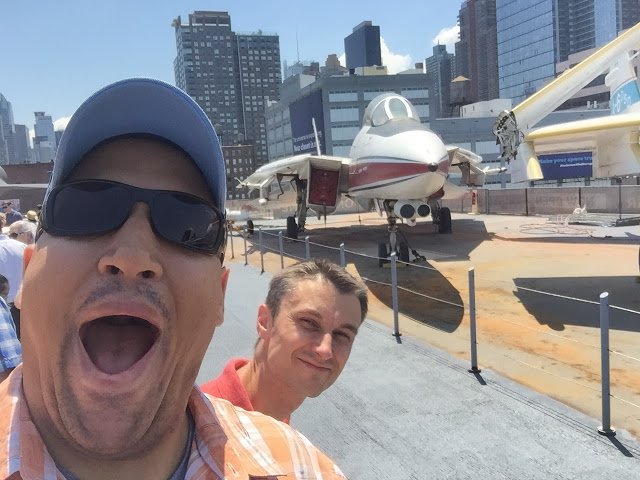 My Favorite Plane Ever ~ “Negative Ghostrider, the pattern is full” 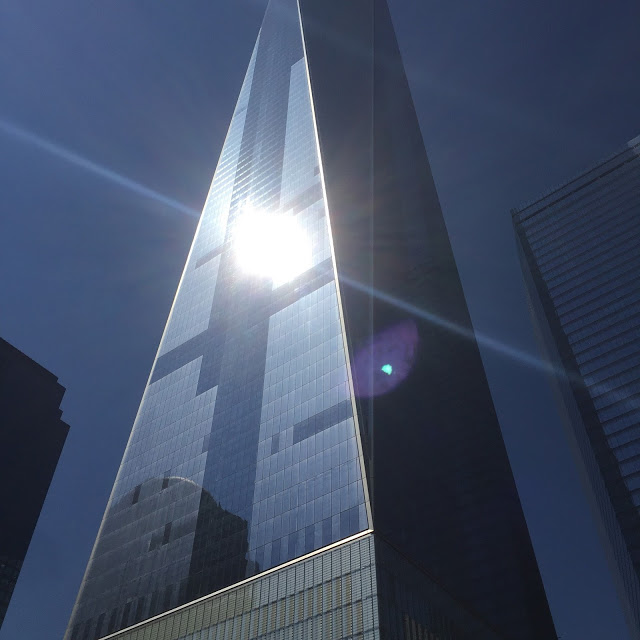 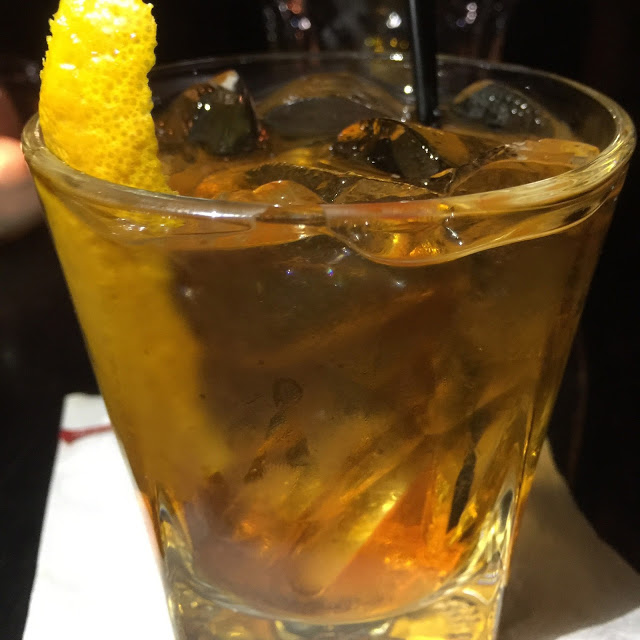 Best drink I’ve ever put in my face! 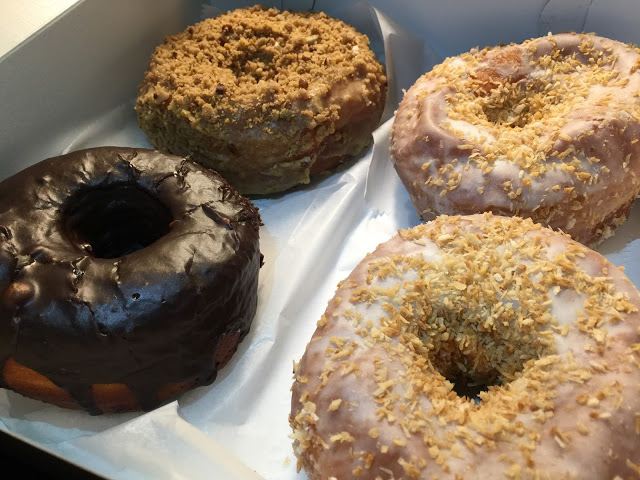 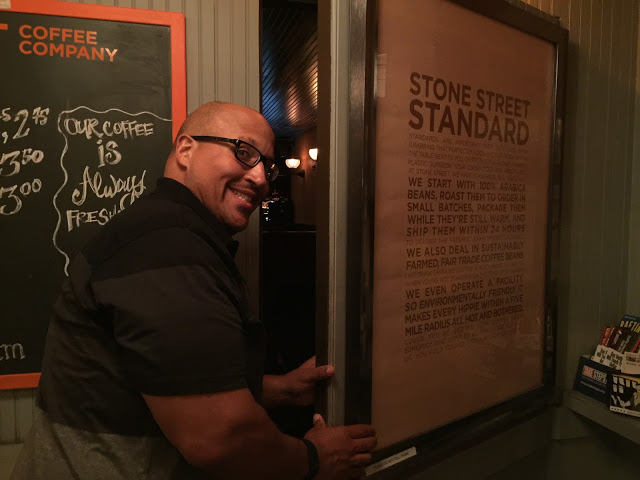 Bath Tub Gin, hidden behind this wall in a coffee shop… 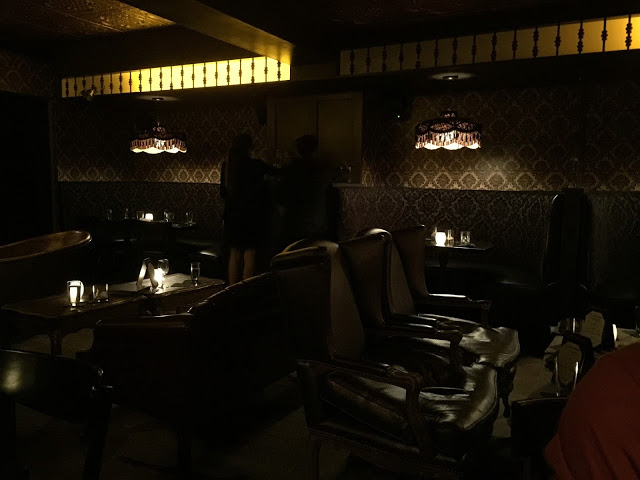 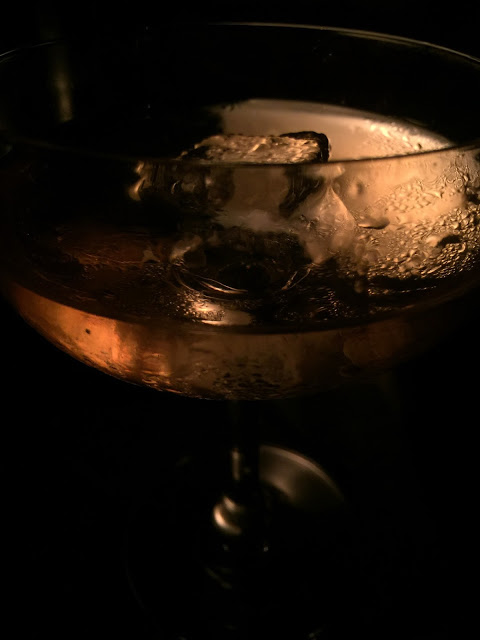 Vesper Martini a la James Bond
All in all @bobcolesoundapp and I covered about 55KM on foot and saw a whole crap ton of things to celebrate turning 40! Amazing trip! Oh and the Halal Guys food truck at 53rd and 6th is an absolute winner. Sadly I just checked online and they will not deliver to me (yet). I just found that they have a franchise agreement in place for TORONTO!!!!!
Still with me? There’s been a lot.
Last up is a combo upper/downer. I will be off from physical activity for a couple of weeks (including a bit of time off from coaching). Wait, don’t freak out. I’m getting arthroscopic surgery on my left knee (mid-July) in the hopes that we can finally fix whatever the EFF (placeholder for a bad word) is going on in there. Blood work is done and I am booked! Keep your fingers crossed for a speedy recovery and a knee that works like it’s supposed too.
Beez