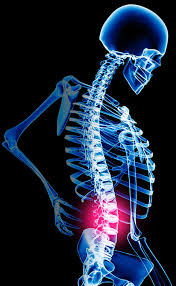 Well tonight did not go as planned. Not at all. When the WOD
went up this morning it was a heavy, heavy day and I knew that I wouldn’t be
looking for a 1 RM Back Squat. I don’t want to stress the body too much on this
last day before I shut down until Sunday. There were some components to get the
blood pumping so I was looking forward to getting moving. Sadly, that is not
how my night turned out.
Warm-up ‘A’
10 DUs
10 Scorpion Kicks
10 Push-ups
Out of the gate my hips were stiff and they protested
mightily when I started doing DUs. I had no pop in my legs. They felt like 75lb
pillars of concrete and I cut the rest from the warm-up. We moved to the rack
while the #430Class finished up and I grabbed some plates to warm up for the
Squat Cleans we would be doing first. Crap. I got down and I was in trouble. It
was as if my hips and legs had not recovered at all from Sunday’s training
session. Power Cleans @125lbs it is. EMOM for 5 minutes it was Hang Power
Cleans. This is not going well.  Back Squats
were up next and instead of taxing the legs, @missade3 and I would be working
on 1RM Push Press.
Ok, Push Press, lots of fun. I started warming up and @95lbs
was a piece of cake. Moved up to 155lbs and the Clean was fine. As soon as I went
to the Push, my low back freaked the F out. Maybe I wasn’t holding the tension
in my core (and maybe I forgot my back was tweaking, not to be confused with
twerking, last night). Load up for the next attempt. Clean, no problem. Start
off the Push Press, ESPLOSION (yes, it says esplosion). Bar down, Beez done.
Rollout, stretch and mobility instead of working with the #530Crew.
Queue up the emergency visit to Dr. Spin. It was previously
scheduled as a make up for Tuesday and now it was even more vital. Many thanks
Doc because I was not ok. He adjusted my neck and went to town on my back. MuscleCare
and elbows to try and free up a muscular issue. I am officially not doing
anything else until Sunday.
Beez