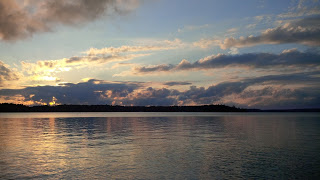 I headed up north this Civic Long Weekend for a dose of
cottage, cycling, beer and 54.40 (not necessarily in that order) and I got to
wondering. If you had just one word to describe a workout, what would it be?
Would it be the same word every time? Would you look for new and creative ways
to describe what you have done? What words can adequately describe what we
subject ourselves to in the name of fitness, health and fun. Well doesn’t that
open up a world of possibilities? I know I would have the old standbys like Crispy, Grueling and Hard, but
those are kind of boring and to be honest not much fun. Have you ever seen that
many consecutive sentences ending with ‘?’. Let’s put our new game to work.
Velocity
@Keilshammer and I suited up this morning a bit late (as per
normal) and headed to the Torrance Community Centre to start our ride. There
seemed to be some miscommunication in the distance we would be riding (Hammer
posted we were riding 60Km in the @CrossFitCanuck Facebook Feed, but I had said
between 40 and 50), but we eventually agreed to a nice even 50Km. The goal for
today was to try and beat my fastest average speed on a run of 40Km or more
which was 27.6Km/h. Everything started off promising (I even managed to MacGyver
a stuck valve on my racing Zipps) and we carrying over 30Km/h through the first
15Km (except for the 5 minute stop when @Keilshammer decided to do surgery on
his bike).
There were some points where we slowed a bit (I decided that
breakfast hadn’t been enough or the proper food items to sustain me) so I could
Gel up and I managed not to become a hood ornament (totally my fault on the
turnaround). I managed to average 28.5Km/h to that point. New record here I come!
But wait…
We started to head back and right away we knew we were in
for a fight. The wind had picked up significantly and it was now blasting us in
the face. C’mon, if you are going to be a headwind then you have to be a
tailwind too to make it even. No such luck. In fact it was so windy that on one
open stretch the wind knocked almost 10Km/h off our speed. Add to that some
tired hips and legs (my cycling stroke was all push and no pull today) and I was
struggling to keep up the pace. Every open stretch led to crosswinds and
headwinds and it was a good challenge, but alas when I hopped of the bike the
return leg average was 26.5Km/h.
All in all it works out to an average speed of 27.5Km/h over
the 50.33Km distance in 1h50m. It was a nice way to start the morning (burning
3,472 calories), but I’m not sure that too much more will be going on today. 129m
of elevation gained/lost and an average heart rate of 142BPM and a max of
162BPM.

Today the engine was fine, the fuel tank was solid, but the chassis
needs to lose another 40lbs and be a little more Aero…

Anyone else have any really great words to describe their workout?

Lessons From a Fat Dude

Here I am. Forty-four years old, married, in mid...