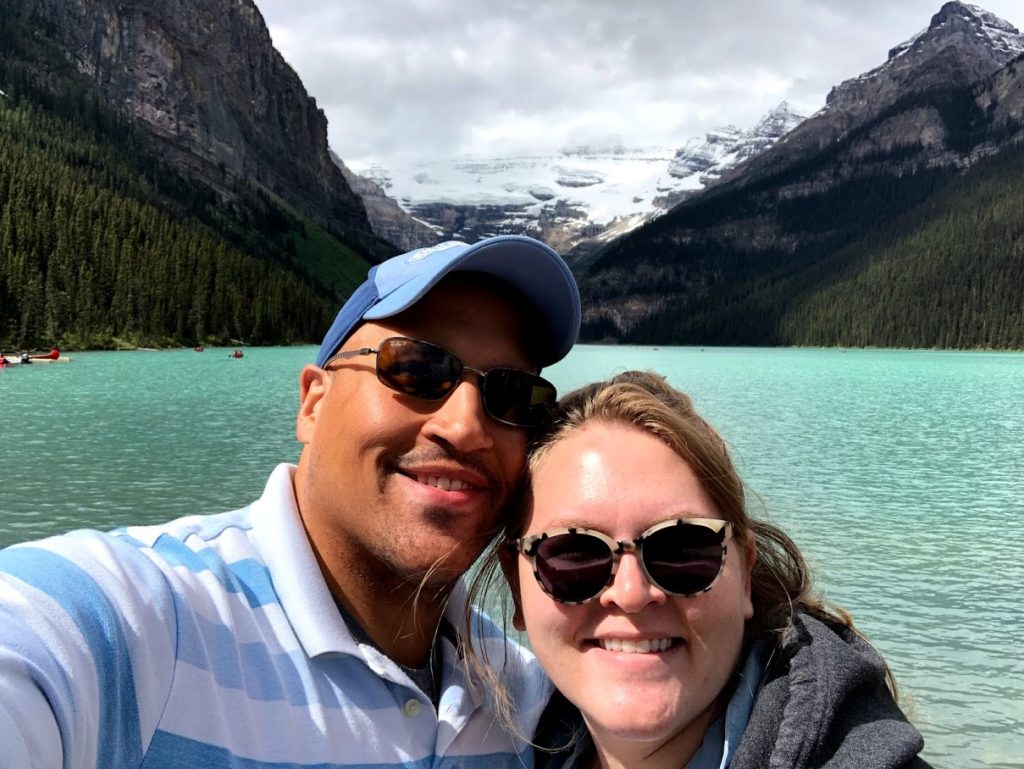 How’s this for an adventure? Running in 4 provinces in a 10-day period… 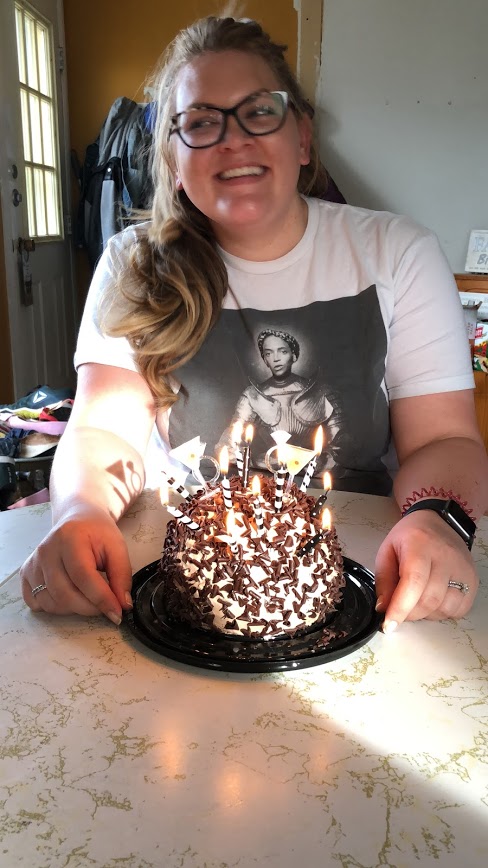 Here’s the setup. It was @savannahjessie’s BIRTHDAY (Happy Internet Birthday!!) and we were headed out west to celebrate this milestone one (but I’m not telling which one). Originally the plan was to fly to Calgary, take a leisurely jaunt to Edmonton and then head to Sparkling Hill in Vernon BC. With a quick pit-stop in Kelowna, we would then head to Calgary and fly home. Well the plan changed slightly because Mr. Daxton made his arrival and we haven’t had the pleasure of making his acquaintance yet. So the plan had a trip to St. Walburg inserted…

All told @savannahjessie and I would spend 40hrs in a 2018 Dodge Charger GT (with a Track Pak) covering over 3000 KMs of western Canada roads (and mountains). I got the road trip I wanted and she got to listen to my inane babble. Calgary > Stony Plain > Lloydminster > St. Walburg > Edmonton > Calgary > Vernon > Kelowna > Vernon > Calgary.

First, a big thanks to @jen_wis and @ry.wally for their hospitality in letting two weary Ontario travellers come and go from their place at all hours on random days using their home as our home away from home. We flew in, slept a few hours modified our car rental, deferred then got optional insurance, took a stone to the windshield which caused a crack (thankfully we had selected the insurance) and headed of to Stony Plain Alberta to visit Mable. After a lovely visit, lunch and a nap (for me), we continued on our way to Lloydminster to meet @dadairhall (and Warren). 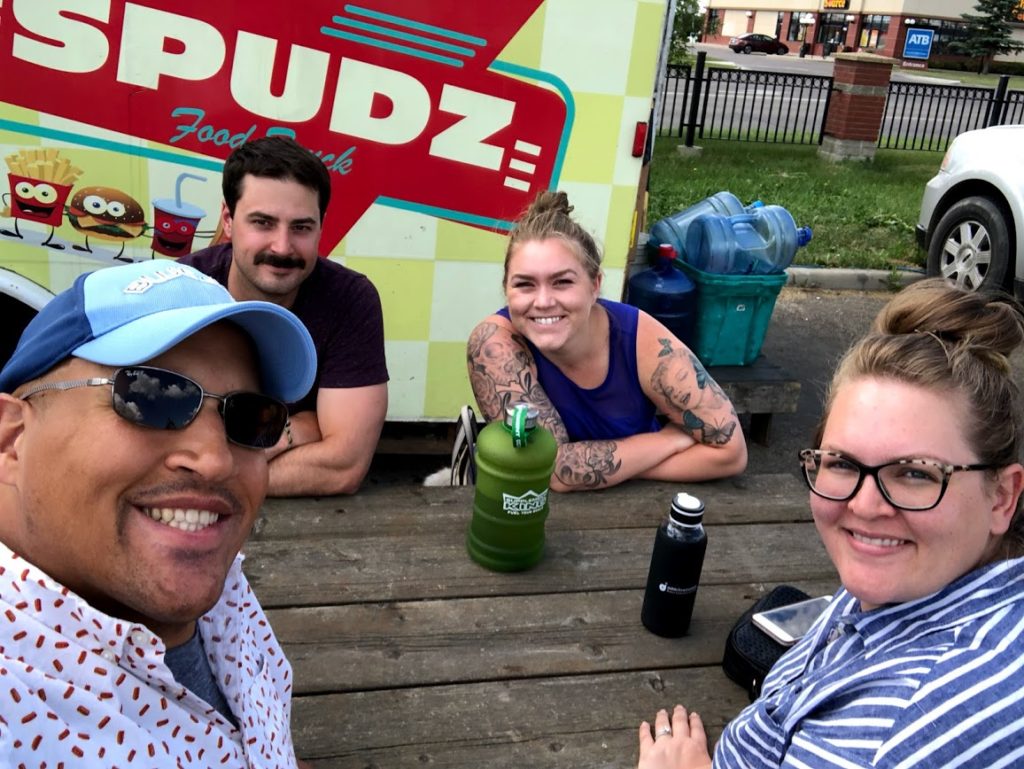 At the famous SPUDZ food truck for a Donair Hot Dog…

So after a nice dinner and before Warren and I sought breakfast I actually managed to drag myself out of bed and get out for some work. It was warm in Lloydminster and the sun was scorching (even that early) but it wasn’t unbearable. I had managed to scout a bit of a route and I had my fingers crossed I wouldn’t get lost or need water (went without a holder or accessories). It was tough to get going and my body was protesting what was going on, but I managed to go 4.19KMs in 30m18s while burning 567 calories. My pace was slower than while I was training for Chicago (to be expected), but cadence, run balance and all the other things you would expect were where they should have been (except I was cooked by the end). 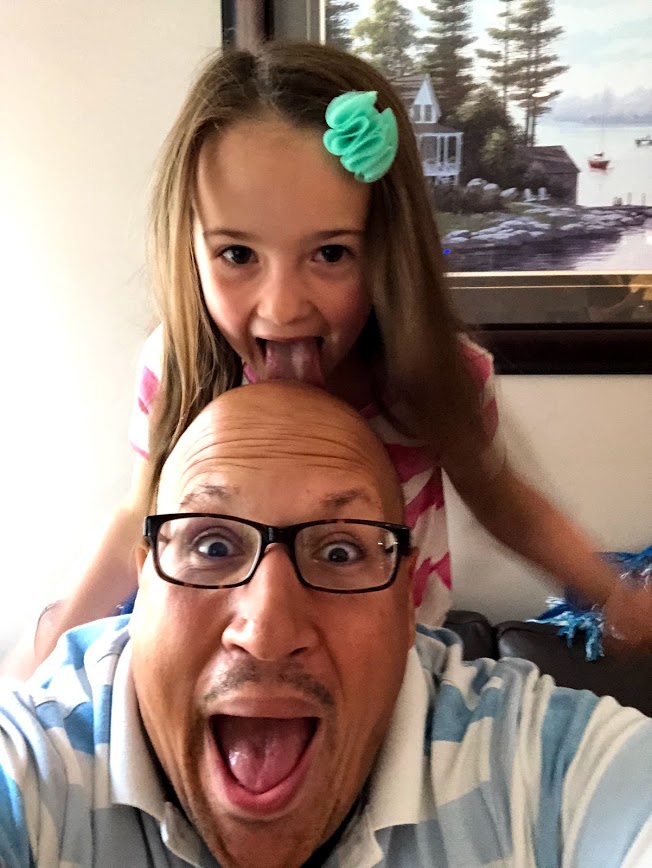 We headed to St. Walburg next and had a lovely dinner with the aforementioned Daxton (and his parents @daniellehemm and Sheldon) and he was an awesome little dude (and somehow we didn’t take any pictures??? C’mon Beez, get it together) . A quick visit with Colleen and @callahall (and a stop in to family camping to see the rest of the Hall clan) and we were on our way to Edmonton to visit the Uncles for lunch. Are you keeping up? Back to Calgary (including a visit with Danjo, Pav, Pam and the Boys) and a birthday celebration for Savannah with Maureen, Olivia, Hawthone and then we were back on the road to Vernon.

Our destination in Vernon was the Sparkling Hill Spa and Resort (https://www.sparklinghill.com/) and it was absolutely spectacular. With a room over looking the Okanagan valley, we rang in the birthday celebrations by visiting each of the EIGHT different saunas and steam rooms they had to offer. Rose, Crystal and Salt Steams to the saunas that range from 60 to 90 degrees and the igloo (10 degrees) it was an unbelievable time. Did I mention the resort has 3.5 MILLION Swarovski Crystals built into it? No? Well it does and they are EVERYWHERE. On the morning of our departure I got out for run number two. This one was EXTREMELY difficult. 3.60KMs in 32m01s burning 553 calories may not look impressive, but it’s the 101m of elevation gain that was the showstopper. Oh, did I forget to mention that the resort was at the very top of Predator Ridge? Yeah, top of a freaking mountain. Now I had some imbalance in my stride (favouring my Left leg) and that had me a bit worried, but it could simply have been a result of the elevation changes.

From Vernon to Kelowna to visit Karen and Jorgen and an incredibly fun day using DropBike (https://www.dropbike.co/) to tour the city… Ok, not the city. The city’s Microbreweries. It was so cool to try all of the different beers the region had to offer. It was an amazing day where many beers were tested, many KMs were peddled and a story or two may have been told. On our way back to Calgary we visited the Bx Press Cidery (https://thebxpress.com/) and Orchard where we met Jasmine and were taken on an interesting journey through Canada’s history and the Barnard Express and Stage Line (Google It!). I promise you, if you are in the area and you visit, you will be in for quite the experience (and cider!).

OK, so by now we were a bit tired. Still after checking my Garmin and realizing that my run in Lloydminster was actually in Saskatchewan I had to get an Alberta run in before we flew out. My legs were like lead after sitting in a car for almost two days and tackling the mountain at Sparkling Hill. Still, McKenzie Towne is a great place to run and I didn’t want to miss my chance. I headed out with the plan to do one loop, complete the hill and then depending on how I felt, see if there was anything left. By the time I got halfway, I was in trouble. It was hot, my legs were lethargic and I was really struggling. 4.41KMs in 33m24s, 611 calories burned and only one loop (with the hill) and a bit of extra on the way back to the house. I think it was the lack of water on these runs that made them challenging (and the drinking the night before), but I was happy to get them in.

Intermission (and flight back to Ontario)…

So it’s amazing what a digital trophy will make you do (and the chance to run in four provinces). After a long flight and a fun filled (but packed) trip, I made it out the door just before noon eastern time (with water and Gus). I needed 7KM to qualify for the Nike Run Club Challenge (more on that in a later post) and I was frustrated with my performance out west. 53m23s covering 7.05KMs and burning 995 calories and I was DONE! My longest run in forever and I managed to check all the boxes. Cadence was good, balance, effort (I did stop to catch my breath once) and overall pace were almost where they were before we headed to Chicago. I am 100% certain I wouldn’t have been able to go another 100m, but that will come with more training time.

It’s been a very exciting ten days, I managed to run in four provinces (probably won’t ever manage that again) and if you expand that window, it’s four provinces and a state in the last twenty days. Pretty cool stuff. With work hopefully settling down into some type of normal, I’m hopping that I can shake whatever funk this is and get back to the best version of myself. Thank you to everyone that managed to connect with us while we were there (it was tough because we were on the move, so if we missed you, we’ll get you next time) and an even bigger thank you to those who put us up for one or many nights! The guest room on the Hill is always ready. I’m sorry to the folks not pictured, no idea why we don’t have photos, but next time there will be a million!