Skip to content
All You Can B: Bikes, Barbells and Bacon > Uncategorized > Riding The Barrens
July 30, 2012February 5, 2017 BigBrnz
Have I mentioned just how much I love the summer months and
the biking they bring?  I don’t like the
heat or humidity, but I am a big fan of strapping on the wheels and getting
out. Friday afternoon after a marathon session with a new phone services provider
and thanks to PK’s generosity, I headed up to the cottage with @Keilshammer,
Rhodey and the new S4 (who I will be calling Izzy).  It was a fun ride up and we took a new route
which led to a very twisty road. And when the road gets bendy, @Keilshammer
jammed his foot down on the LOUD pedal (actually, he just grazed it and Izzy
was flying all on her own). 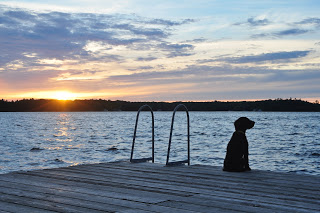 Based on the fact that we got to Muskoka late, we didn’t
head out on the road until early Saturday morning.  When 9am rolled around, we headed out to the
Torrence Barrens with the goal (I thought) of going 60KM.  It was a great morning (not too hot) and we
had a really good pace going as we set out.
I finally grasped the concept of a pace line (in cycling a rotating line
of riders who share the task of being lead man and breaking the wind).  Hammer and I rotated In and out in a two man
line and we were making some pretty good time.
As we neared the 25KM mark, Hammer was ready to turn around,
but I had just used a GU Chocolate gel (which was really tasty) and I still
felt we could go further.  I didn’t feel
60KM in my legs but I figured we could do a 55KM ride. As we neared the
turnaround point, we came to a monster hill and there was that momentary pause
where you try and decide if it’s worth it to keep going because you know you
will have to climb this hill right away on the ride back.  @Keilshammer even noticed the hesitation
before I finally gave a last push and headed down.
I was so glad I did, because that hill was AWESOME on the
way back up.  Don’t know what it was, the
grade, my gear selection or the GU, but I hit the bottom (after the turnaround)
and just powered straight up.
The ride back was quick too, but I was starting to have
trouble keeping on Hammer’s wheel when he was leading the ride.  He was having his own issues up front with
his back and left knee, but it was all I could do in the last 15KM to keep
up.  I never lost hi though (which is a
first) and thanks to a really good downhill where I hit 53.5KM/H, I was able to
get back to him and hold it until the last hill of the ride.  I even stuck with him in the Barrens which is
where I normally lose him.
This ride was one of the most solid ones I have ever
had.  My average speed was 27.3KM/H
(which is a BIG step up from my normal 25KM/H average) and that was based over
a 2h01m ride.  We ended up going 55.31KM
which is also the second farthest ride (besides the Ride for Heart) I have ever
done.  My average heart rate was 155BPM
and I maxed out at 166BPM (although I’m sure there had to be a point when I was
over that number.  Did I mention the
sweet average speed???
Oh and did I mention that I burned a mind boggling 3,911
calories? I felt a little wobbly when we got off the bike but I was on a
natural high and ready to have a great rest of the day (it wasn’t even noon
yet).
Have a good Saturday,
Beez