Skip to content
All You Can B: Bikes, Barbells and Bacon > CrossFit > Swelling With Something
January 22, 2017February 18, 2017 BigBrnz

Pretty horrific right? On the bottom is the post surgery photo and on the top is after the weird swelling incident on the weekend. I have no idea what happened. I had finished the WOD with Kelcie and everything felt fine, there were no ‘ouch’ moments or anything crazy like that. Saturday while I coached it was stiff, but nothing crazy (i had just finished a good workout the day or two before), but by the time we went to visit my sister it was getting tough to bend. By Monday it was that giant swollen mass. UGH! Seriously, I’m fine with being injured if I did something to warrant it (especially if it was dumb), but a random, ‘just because’ injury is a bunch of horse manure.

Now this whole mess was the 9th of January. What’s been going on since then? How am I continuing to prepare for October on one leg? Glad you asked.

Basically, since anything involving a knee bend has been off the table, I’ve been focusing on upper body movements and cardio that don’t cause too much pain. Originally i tried the Rower, but the compression is hit-or-miss so I’ve had to limit myself to the Air Assault Bike and The Spinner (Spritz). So far my favourite has been a Biceps Curl descending ladder from 10 to 1 with 10 DB Push Press after every completed round. Still even with this I have to be careful because too much dip on the Push Press cause soreness (not quite pain, but close) in the knee.  I’ve also been doing a whole bunch of sit-ups. Thanks to Lou’s December challenge, I’ve really been seeing improvements in my core strength (more on this later). 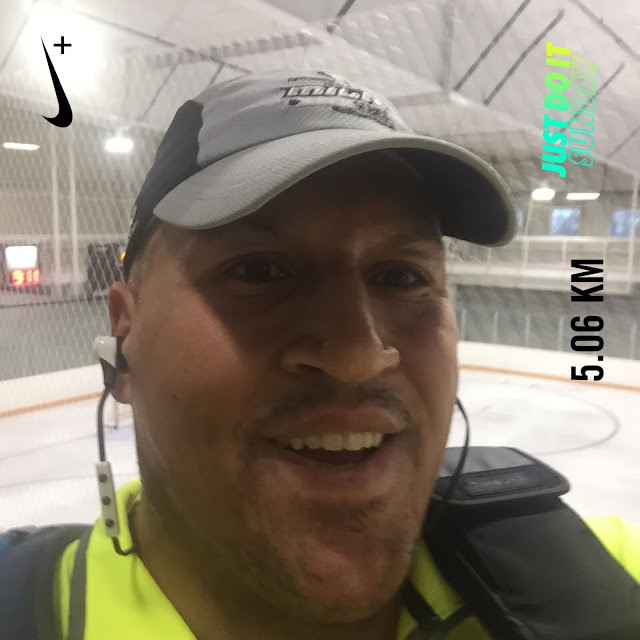 Today I’m in Kitchener for Phat Boy Fiesta. The yearly gathering of all the doorman from my bar years. One day of Football, Food and Catching Up. This presents a challenge for Macro Counting, but I promised @canuckcoach that I would do my best to behave myself.  On the behaving myself note, I took to the Hallman Walking Track at the Activa Sportsplex this morning to get some work in before the calorie explosion. My knee (and the rest of my) completed a 5.06KM run this morning in 37m40s with an average split time of 7m27s/KM. It was slow and it was ugly. My stride was off because the knee just wasn’t 100%, but I managed to hang in there for the whole run (even though I wanted to pack it in after about 3KM). @JessR1978 was right though, the hockey moms need to figure out how to run in one lane (or walk) and not string themselves out across the whole track. I even had a visit from Primere Wynne and I didn’t even yell about my increased gas bill… Wins all around. 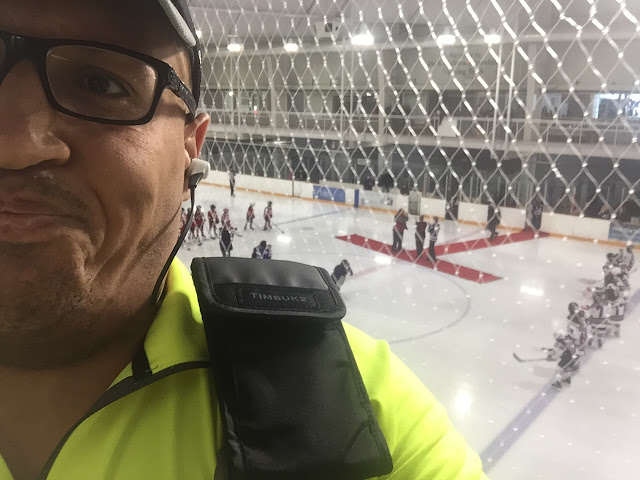 Thanks for the hike in my gas bill…

Now it doesn’t sound like a whole lot of activity, but it’s been a challenge. I even went as far as visiting my Doctor to see a specialist. In the interim he put me on Vimovo (anti-inflammatory) and the swelling has been slowly coming down. The specialist wants X-Rays before he sees me so that is holding up the process (insert eye-roll and curse words because there is an MRI available for this knee, but he’s the Doctor so he makes the rules). Regardless of the outcome though, nothing can be done until after Chicago.

I enjoyed Louisa’s December 3000 Sit-up Challenge so much that I’m going to throw one right back to you, with an increased level of difficulty. Still 3000 Sit-ups, but you must complete them in February (3 less days). Any takers? There will be a Challenge Post on Bikes, Barbells and Bacon in the coming days, feel free to share it. How many days will it take you? 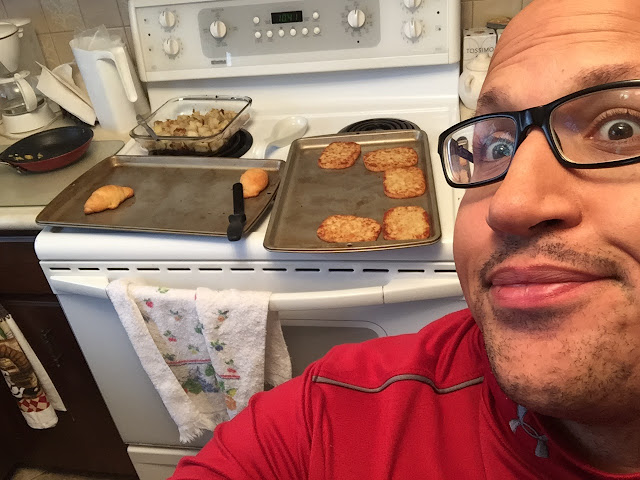 Mom providing her ‘Runner’ with breakfast… Not pictured, all the bacon…

I will finish up today’s post with a bit of interesting news. This week I started coaching 2 of the Canuck Lite classes @CrossFitCanuck.  It’s so much fun adding another dimension to my repertoire. 8 weeks of fun introducing some new people to a ‘Lite’ version of what we do. They seem to be having fun so far and everyone came back for my Wednesday class.

Have a great weekend!