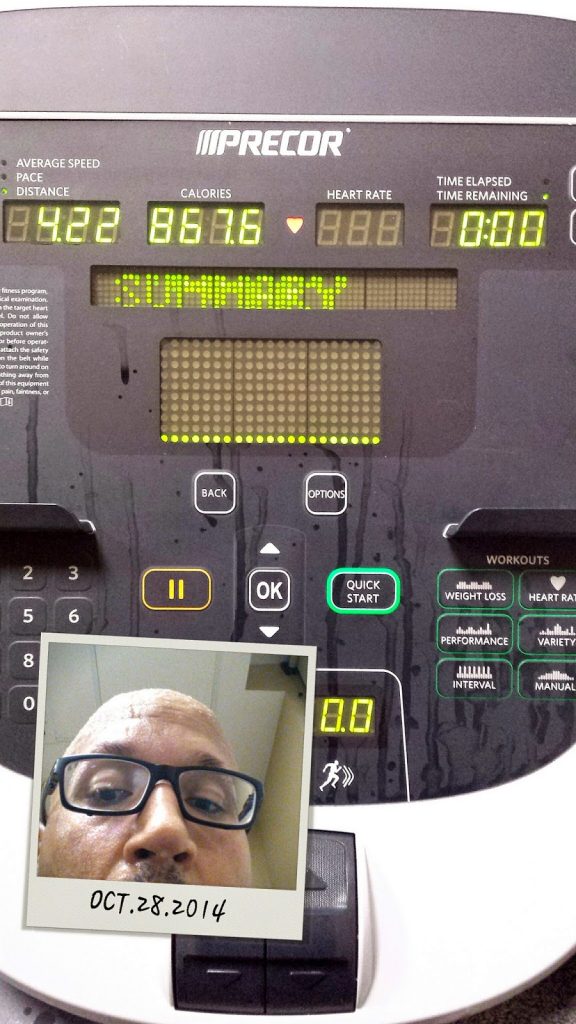 I have been feeling very ‘BLAH’ for the
last few days and I have been having trouble getting the giddy-up to do
anything. Don’t panic, these cycles happen and you have to find a way to shake
them… Even if you don’t really want to. Today’s motivation is the #hisnhers
Challenge that was thrown down by @SavannahJessie to hit 100KM in the month of
August. Right from the get go I had some trepidation about the total number of
KMs we would have to hit. I have never (ever, in my whole life) run more then
60KMs in a month and that includes a month in which I ran a Half Marathon. With
5 days left in October, my revised goal is to get to 80KM.
This morning when the alarm started blaring
I wasn’t even sure where I was. Eyes screwed shut I somehow managed to get
dressed and make y way down the condo gym for some quality treadmill time. It
has been a long, long time since I hopped on the old belt and it took some time
to get used to it. I never understood what people meant when they said that the
treadmill was different then running outside, but I GET IT NOW! Stuck on the
treadmill facing nothing at all (I was late getting downstairs and the prime
ones were taken), it was good once I got going.
Today’s session was 50 minutes total
covering a total of 6.78KMs at an average 7m22s/KM. The Garmin says that I even
burned 801 calories and the treadmill says that the number was 867. My average
cadence was 144SPM with a max of 200SPM. My heart rate was 130BPM with a max of
154BPM. Now since I’m running inside I felt like I was in a sauna without the
cool breeze of nature and as a result it was a hot shweaty mess (see above and
yes I did wipe down the machine).
With less then 10KMs to the 80KM I’m pretty
excited about the end of October. I am still planning to run on Halloween, even
though they are forecasting snow. Then it will be time to slow down for the
winter…
Beez